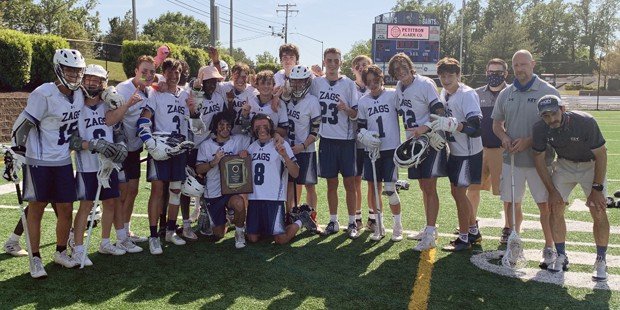 The last time the Key School boys lacrosse team hoisted a championship was when the school was a member of the Metro Independent Schools Athletic League.

In the 18 years the Obezags have competed in the MIAA C Conference, titles have eluded them — until they topped St. John’s Catholic Prep, 12-6, on Friday afternoon at hot and sunny Pascal Field in Annapolis.

“This means everything to our program,” Key athletic director Brian Boyd said while standing next to winning coach Pete Ludlam. “We had guys scoring goals who had never picked up a stick before this season playing with guys who have been playing for a while with club teams. It was awesome to watch.”

Under Ludlam, Key (10-3 overall) has been moving steadily in the right direction. 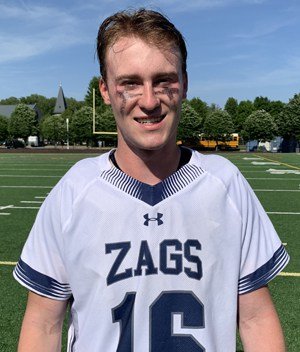 “I’ve been with our seniors, Chris Bulmar, Owen Wood and Hudson Smith, since they were freshmen, and this is what we’ve been trying to build,” he said.

However, some younger Key players also showed by their outstanding performances in the title game that the future continues to look bright for Ludlam and his troops.

Flemming scored a game-high seven goals and Madison controlled 16-of-21 draws as the Zags went on a 7-1 run over the final 28 minutes to secure the crown.

While Flemming had missed a few games with injuries, he said that he felt it was his turn to take charge of the offense while Smith played — and contributed a pair of assists — with an injured shoulder.

And take charge he did, netting three straight goals to open the third quarter after Madison scored the final goal of the first half to snap a 5-5 deadlock.

Considering the type of game St. John’s goalie Tyler Grove had, beating the sophomore was no easy task,

After all, he made 20 saves to keep his team in the game early and kept it from getting further out of hand later in the contest.

St. John’s coach Matt Williams said that he prefers to play mostly a zone defense, which puts a lot of pressure on the goalie.

That the talented sophomore was up for the task did not surprise Williams in the least.

“He sees the ball well,” Williams said. “He directs the defense and calls out slides, even though he’s just a sophomore.”

Although they were clobbered by the Zags during the regular season, the Vikings (10-3) hung tough through the first half of the championship contest.

After falling behind, 2-1, St. John’s senior Liam McCarthy converted a nice look inside from junior Max Piraino to tie the score before freshman Wllliam Kavanaugh gave the second seeds a short-lived 3-2 lead with just over seven minutes remaining in the opening quarter.

Key junior midfielder Jaeden Clark tied the score and Flemming whistled in his second goal to put the Zags back on top heading into the second period.

The persistent Vikings would not go away, forging ties at 4-4 and 5-5 on goals by freshman Alex Piraino and his older brother, Max, respectively.

“We handled them when we played earlier,” Flemming said. “So I was expecting it was going to be easy. But boy, did they improve. They showed me a lot.” 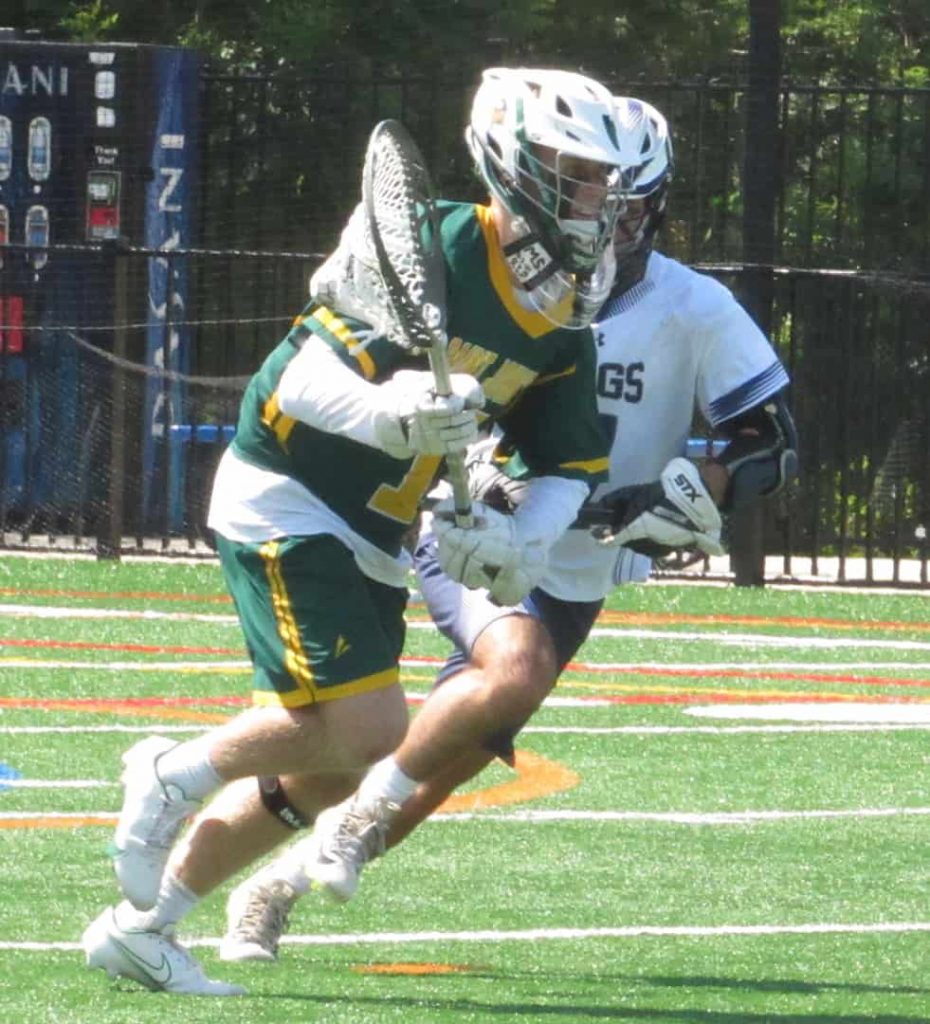