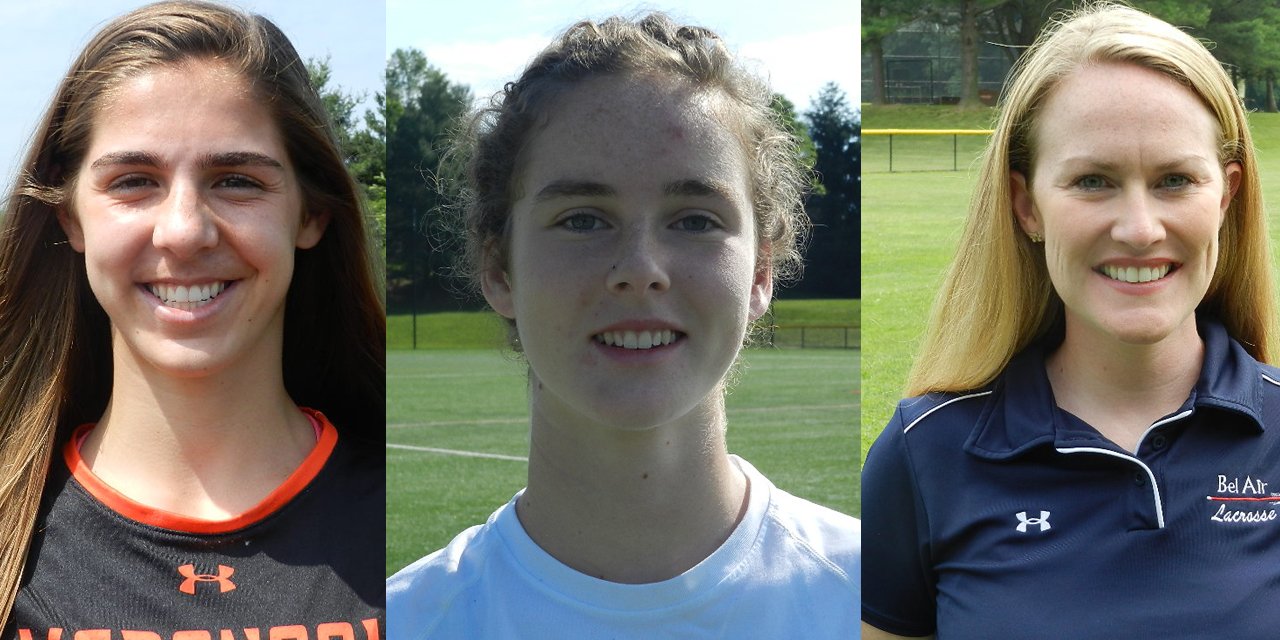 2017 was another banner year for McDonogh School, which continued its historic run in girls’ lacrosse. The top-ranked Eagles have a sweep of VSN’s Player of the Year honors.

Maddie Jenner developed into a two-way offensive threat for the Owings Mills school. The junior is Player of the Year.

Margaret Donovan was the go-to on the Eagles’ defense. The senior is Defensive Player of the Year.

Bel Air’s Kristen Barry is Coach of the Year. Barry led the Harford County to its first state championship.

Click on the links in the upper right corner of this article to navigate between our profiles of Jenner, Donovan and Barry. 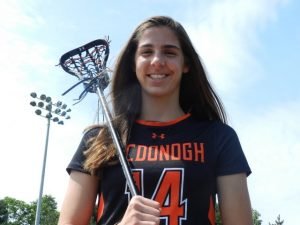 Jenner was the irresistible force for the nation’s top-ranked program. The junior midfielder is Varsity Sports Network’s Player of the Year.

Jenner scored 44 goals for McDonogh (22-0 overall), which claimed its ninth straight IAAM A Conference championship. She was dominant on draw controls, claiming 165, giving her squad ability to control the offensive end and kept opponents from establishing possession runs.

The 6-foot-1 Jenner used her height and length to win possession out the air or on the ground. She emerged as an offensive threat, finishing second in goals and fourth in scoring (48 points) for the Owings Mills powerhouse.

“I knew I had to step up on the offensive end,” said Jenner.

Jenner’s signature performance came in the Eagles’ 12-9 victory over Notre Dame Prep in the IAAM A final. She recorded a hat trick and accounted for 14 draw controls (McDonogh won 20 of 23).

“She’s the best high school player in the country,” said Notre Dame Prep coach Mac Ford. “For what she does, there’s no other dominant player.”

A two-time All-IAAM A selection, Jenner is verbally committed to Duke University where older sister and former McDonogh standout draw specialist Liv is a rising junior. 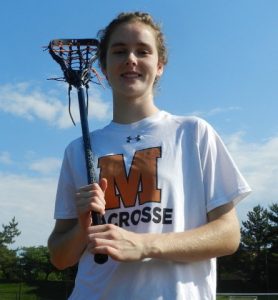 Donovan became a relentless on-ball stopper this spring for the IAAM A Conference champions. The senior is Varsity Sports Network’s Defensive Player of the Year.

Donovan said Dohler’s guidance, combined with her improved focus was the difference for her signature season.

“Sometimes [last season] I’d zoned out, miss slides and lost track,” said Donovan. “I knew the role I was going to have this season was big within the team and my best to fulfill it.”

McDonogh allowed 115 goals in 22 games (5.2 per match) this season, and only one team (Garrison Forest School) scored in double digits. The Eagles gave up 83 goals (including postseason) in the area’s premier league, the IAAM A Conference.

“She’s so incredibity athletic and make a lot of big plays,” said Robinson. “She was a big playmaker for us back there.”

A three-sport performer (soccer and indoor track) at McDonogh and all-IAAM A lacrosse selection, Donovan will play in the Under Armour All-American Game at Towson University next weekend. She will play lacrosse for Princetion next spring. 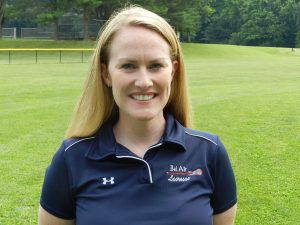 Barry led the Bobcats to a historic run this spring. The third-year coach is Varsity Sports Network’s Girls’ Lacrosse Coach of the Year.

Bel Air (15-4) won its first state championship, knocking off Severna Park in the Class 4A/3A title match. The Bobcats are the first Harford County team to win a state crown since Fallston in 2012.

“We had a shot of competing with some of the top teams in the area,” said Barry, who returned eight players from the 2015 squad that lost to Severna Park in the state final. “Our ultimate goal was to win the state championship.”

After back-to-back losses to Fallston and Westminster, Bel Air won its final seven matches, including an overtime win at Westminster in the South Region final. The Bobcats, captained by Molly Loughlin, Taylor Patrick, Lexi Strobel and Anna Farley, scored in the final seconds to deny Severna Park in the state final at Stevenson University.

“We played with a chip on our shoulder,” said Barry, who was assisted by Andi Gwin, Megan Strauch and Haley Krause. “We really ingrained in the girls that every game was a championship match.”

A 2009 University of Maryland graduate and 2005 graduate of John Carroll School, Barry spent four years as a Bobcat assistant before moving into the head coach spot in 2015. She’s 40-15 in three seasons.