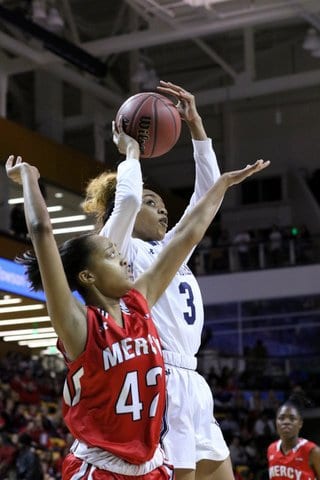 The area high school athletic schedule – except for one event – has been cancelled for Friday as another snow system is in the Baltimore region.

The annual girls’ basketball match between Mercy and Institute of Notre Dame, as known as “The Game,” will be played as scheduled at Towson University’s SECU Arena at 7:30 p.m.

The key Baltimore City A Division boys basketball contest between No. 8 Lake Clifton and ninth-ranked Edmondson was postponed Friday. The game has been rescheduled for Feb. 7 at Edmondson.

The Red Storm (5-0; 15-2 overall) and Lakers (6-0) are both undefeated in A Division. The winner will likely advance to the city title game later this month.

Lake Clifton kept pace with an 88-76 come-from-behind victory over City College Wednesday. Junior guard Michael Gray scored 15 of his game-high 31 points in the fourth quarter for the Lakers (14-2 overall).