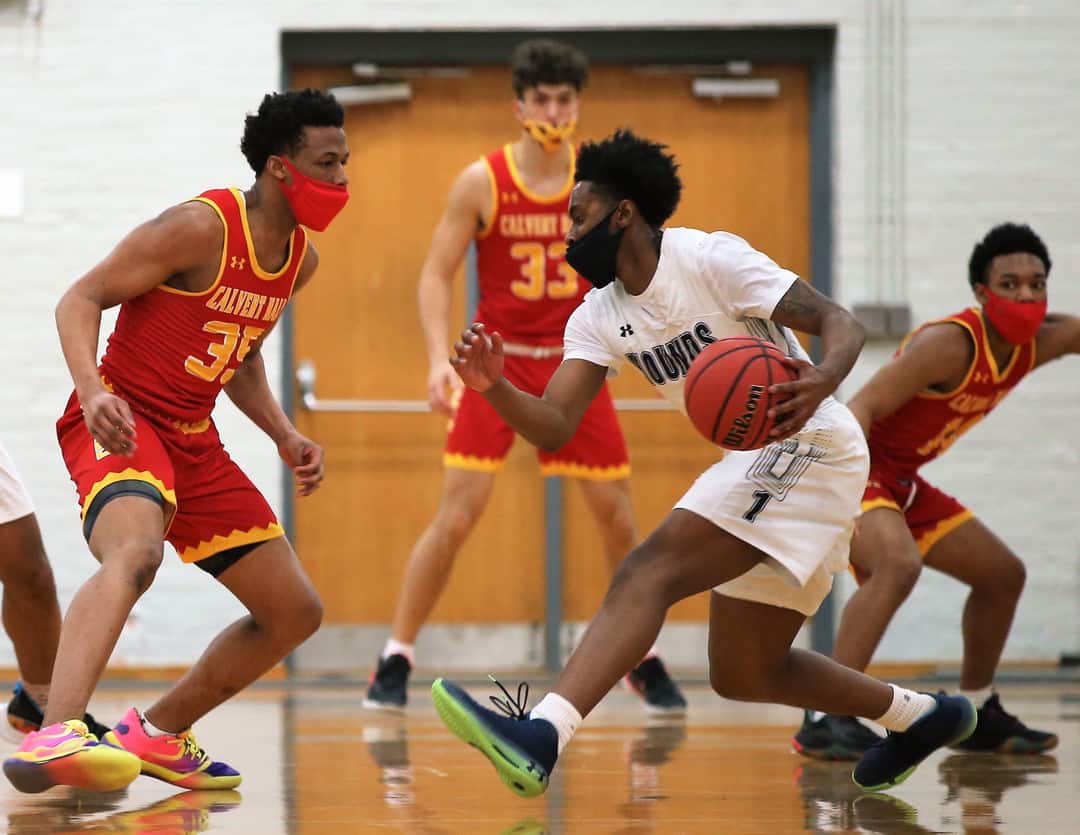 Gilman’s Christian Winborne (with ball) tries to get around Calvert Hall’s Mike Williams during Wednesday evening’s MIAA A basketball contest. Winborne posted a game-high 26 points as the Greyhounds defeated the Cardinals in the season debut for both at The Finney Center in Roland Park. (photo – Jimmy Fields Sr.)

Led by guard Christian Wilborne, host Gilman School broke open a close game in the third quarter, Wednesday, and pulled away for a 73-67 MIAA A Conference season-opening basketball victory over Calvert Hall College.

Winborne scored a game-high 26 points in the victory, including nine in the third quarter when the Greyhounds (1-0 overall) established a working lead against the Cardinals. Rayuan Lane added 19 points for Gilman and Matt Cooper scored 15 with three three-pointers.