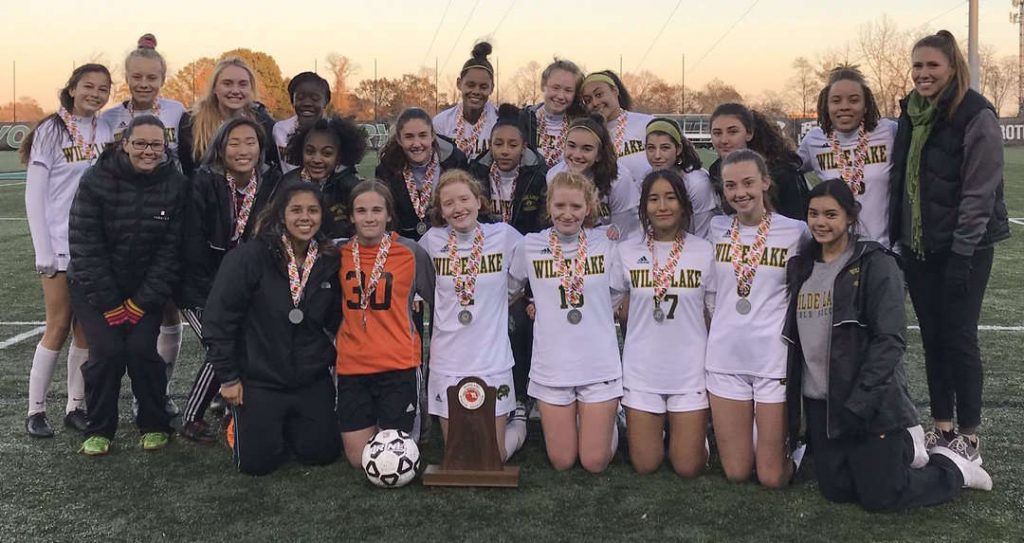 It proved to be an obstacle the Wildecats could not clear. The Patriots dominated No. 5 Wilde Lake, 5-0, to repeat as 3A champs. Junior Rachel Deresky, who’s verbally committed to Vanderbilt University, scored four goals for Northern (18-3 overall).

“Even though we came up short today, I am so proud of all these girls,” said Wilde Lake fourth-year coach Megan Shea. “A lot of people thought this was going to be a rebuilding year for us because we’re so young. But we had six really good seniors, including our two best defenders, Angie Geralis and Nicole Wright, and they were great leaders for this group. We beat some of the best teams in Howard County just to get here.”

The Columbia school (12-5-1) ended River Hill’s bid for a fourth straight title and knocked off Reservoir to claim the East Region II crown. The Wildecats defeated another Howard County foe, Mount Hebron, in the state quarterfinals before needing penalty kicks to turn away No. 8 Chesapeake-Anne Arundel in state semifinals last weekend at Frederick County’s Linganore.

Unfortunately for the Wildecats, Northern-Calvert was an entirely different animal, especially Deresky. Less than three minutes into the contest, Deresky was awarded a free kick after forward Kathryn Lawless was tackled and the junior drilled a shot  past sophomore keeper Hannah Lowry and into the lower left corner of the net to give the Patriots a 1-0 lead.

Northern added to its lead off another set piece when junior Sarah Eliff sent a corner kick into the box that appeared headed for Deresky. But the Wildcats denied her the ball only to watch Lawless one-touch it to Nicole Bissett who drilled a shot past Lowry for a 2-0 lead. Deresky added her second goal less than 10 minutes later and nearly added another before the intermission only to push that shot attempt wide right of the target.

The championship wait continues for the Wildecats, who lost in the 2A final to Fallston in 2015. A title run wasn’t thought to be in the cards this fall for Wilde Lake after graduating three Division I performers in Lily Dunbar (Drexel), Julianna Bonner (Lehigh) and Jenna Hutchinson (George Mason).

“Those girls obviously have special meaning to me, because I’ve watched them grow as freshmen to the incredible leaders of our team,” Shea said. “… We had some ups and downs, but the way we were able to finish it at the end was incredible for me to see the growth these girls have had this year. I know a lot of people from outside the program or the school saw this as a rebuilding year for us. It didn’t take us a whole year to rebuild and come back as strong as we had been the past few years.”