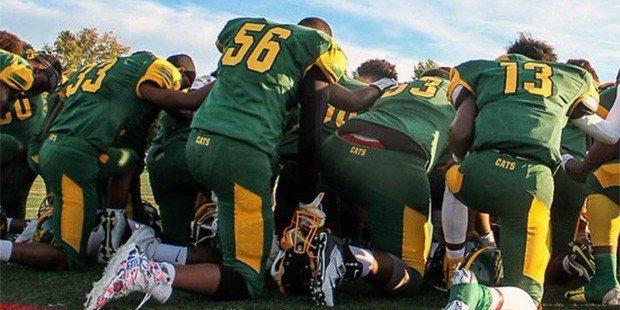 Wilde Lake, a squad with just two regular season wins, made the most of the this year’s expanded playoff system and pulled a major surprise in the 3A East Region, Friday, upsetting No. 15 River Hill, 14-10, in Clarksburg.

Playing with the go-for-broke mentality of a big underdog, Wilde Lake (3-7) extended its first drive of the night with a successful fake punt and went on to score on a 22-yard touchdown pass from quarterback Daniele Cooper to Justin Avinger, taking an early 7-0 lead.

The Wildecats kept the River Hill offense in check throughout the first half, as they went to the break with a 7-3 lead. That lead grew to 14-3 early in the third quarter when Wilde Lake’s gambling head coach Brian Henderson cashed in on another gutsy call, an on-side kick.

Wilde Lake recovered Sam Nason’s kick and Cooper made it payoff with a 15-yard TD strike for a 14-3 lead.

River Hill (8-2) hoped to switch the momentum with a 2-yard touchdown run by quarterback Keegan Remick, later in the third quarter, but the Wilde Lake defense would not be breached again.