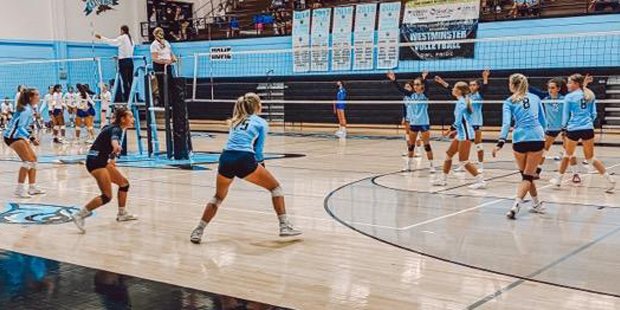 Shields, Reaves and Mason combine for 26 kills for the 8th-ranked Owls

No. 8 Westminster traveled to Baltimore County on Wednesday to fave No. 20 Dulaney in a non-conference volleyball match and the Owls came away with a 25-13, 25-14, 25-23 sweep of their hosts.

Westminster (10-1), which suffered its only setback this season to North Hagerstown in the semifinals of its own tournament, spread the wealth against the Lions and three Owls combined for 26 kills in the victory.

Setting the table was Faith Mohr who finished with 29 assists, 3 blocks and 4 digs. Ellie Yaider also helped the cause with 8 aces and 10 digs.