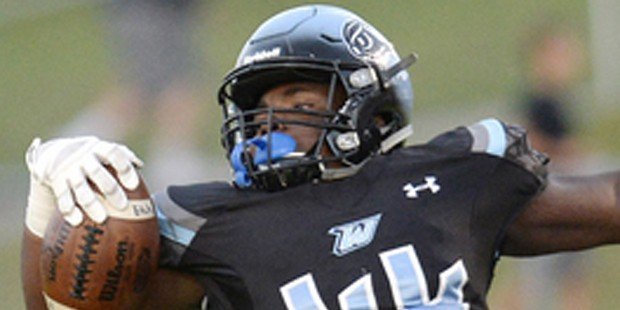 Heavy dose of run paves the way for success in passing game for No. 10 Owls

Not only did its defense limit a perennial potent Urbana High offense to just seven points for the one-day delayed football season-opener for both schools, on Saturday, both host Westminster torched the Hawks for more than 200 yards rushing as the 10th-rankedOwls powered their way to an impressive 43-7 win.

Senior Jaden Louis paced the Owls with 119 yards on the ground and one touchdown, including a 47-yard scoring burst to open the third quarter that basically iced the victory. The Owls would go on to score 21 unanswered points in the quarter to turn on the running clock and bring a rapid close to the opener, which was moved to Saturday after thunder storms caused a postponement on Friday.

Erick Stranko also rushed for a pair of scores, while quarterback Christian Etchinson kept the Urbana defense honest with three touchdown passes, two to Ryan Clatterback and one to Tavian Montgomery.

The throw to Montgomery, a 26-yard strike late in the second quarter, countered Urbana’s only score of the night, a 75-yard kickoff return by Ryan Beach to cut the Westminster lead to 14-7, halting any momentum the Hawks gained from the big play.