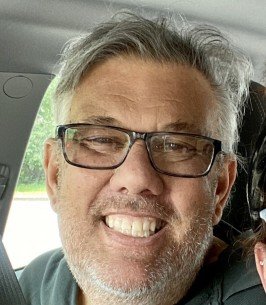 Varsity Sports Network joins the entire Baltimore sports writing community in mourning the passing of Jeff Seidel.
Seidel, 59, died early Saturday morning from a heart attack, according to longtime friend and local sports writer Rich Scherr. Seidel had been battling cancer for several years.
A native of Pikesville, Seidel covered professional, collegiate and high school athletics in the Baltimore/Washington region for nearly 30 years, including assignments for VSN. He also wrote four books on Baltimore sports.
Seidel, along with Todd Karpovich, wrote “Skipper Supreme,” about former Batimore Oriole manager Buck Sholwater and “If These Walls Could Talk,” a collection of stories from the Baltimore Ravens sidelines, locker room and press box, as told by longtime Raven radio analyst and former Baltimore Colts linebacker Stan White.
Seidel collaborated with another former Baltimore Colt, Tom Matte, who was the first Baltimore Raven radio analyst, to write “Tales from the Baltimore Ravens Sideline,” a collection of stories by Matte during his affiliation with the team.
Seidel wrote “Where Have You Gone?,” which detailed the goings-on of many former Oriole players. He also taught writing classes at the Community College of Baltimore County.
VSN’s Derek Toney remembers Seidel’s kind spirit.
“He was genuine. He was always willing to help,” Toney said. “When he was going through cancer treatments, Jeff had a straight-forward, I’m going to keep doing what I love to do attitude. He was the consummate writer.”
Seidel is survived by his wife, Nadine, children Zach and Kara, mother Elaine, and sister Sara Jane.
Contributions in his memory may be sent to Jewish Big Brother and Big Sister League, 5750 Park Heights Ave, Baltimore, MD 21215.