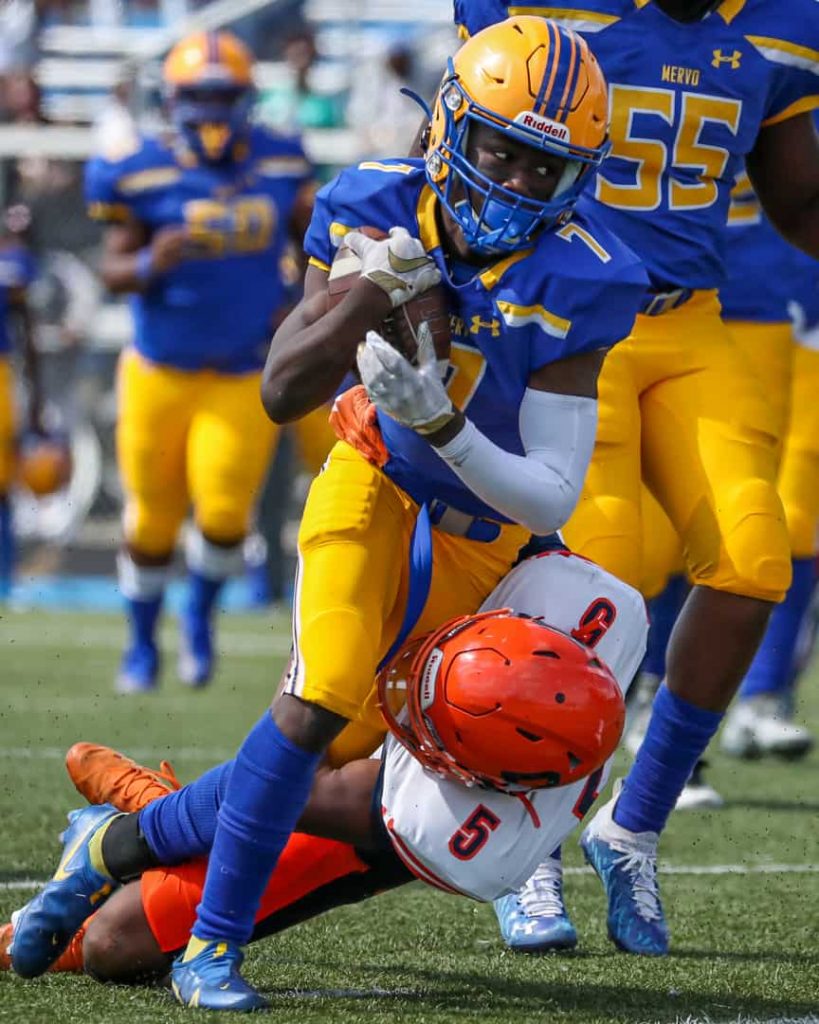 Gorham, 17, died Monday. The senior wide receiver suffered a serious injury during a Baltimore City Division I contest against Dunbar Sept. 18 at Poly.

Gorham landed hard in the end zone trying to make a catch in the third quarter. He had a 78-yard kickoff return at the start of the second half, and had two earlier receptions for eight yards in Mervo’s overtime loss to Dunbar.

Mustangs coach Patrick Nixon said Gorham, who transferred from Reginald Lewis after his freshman year, was more than a student-athlete.

“The only thing I think about him has nothing to do with football,” said Nixon. “He was a very mature kid who had some responsibilities at home but he handled it and was able to enjoy being a teenager.”

“He was a young man full of promise with an infectious spirit. Elijah’s passing is an unspeakable tragedy.”