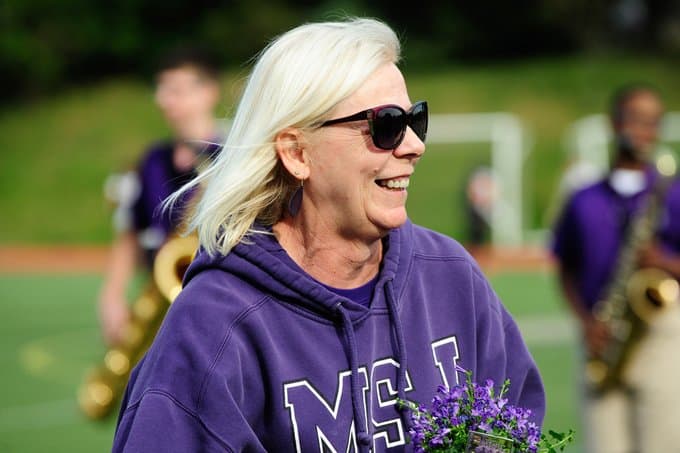 Connor, 65, passed away Tuesday from lung cancer. Since 2006, she was the assistant athletic director at Mount St. Joseph where her late father, brother and two sons attended.

Brother, Joe Mengele Jr., is a member of the school’s Athletic Hall of Fame.

“She was very dedicated to our students and always went the extra mile to take care of the boys. She served at The Mount for the last 14 years gaining the respect of our community for her work ethic and her pride in doing the job, no matter how menial, to the best of her ability,” Andrews wrote in an e-mail sent to the Mount St. Joseph community Wednesday.

In addition to her two sons, Nolan and Nicholas; and brother, Connor is survived by her husband, Richard; mother Marilyn Mengele; sister Crissy Skoglin; daughter in-laws, Christina and Lindsey; four grandchildren and several nieces and nephews.

The family plans to have a celebration of Connor’s life, likely at Mount St. Joseph, after the state’s social distancing restrictions are lifted.