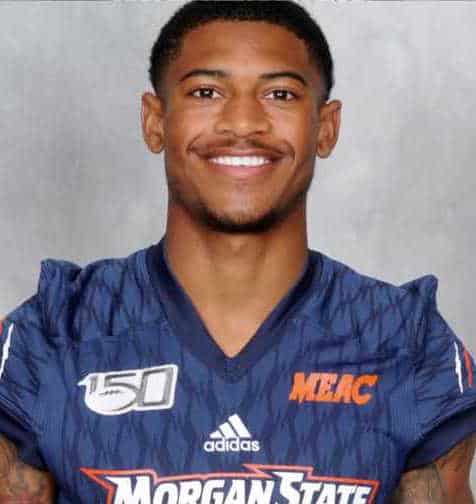 Cofield passed away Saturday after a motorcycle crash in Owings Mills. He turned 20 earlier this month.

Cofield was a junior for the Bears football team. He ranked second in the Mid-Eastern Athletic Conference in kickoff returns (20.4 average) in 2019 after finishing fourth in the league in punt returns (6.4) as a freshman.

Cofield was a consensus All-Baltimore County selection as a senior for New Town in the fall of 2017. He also starred in track where he was a member of the Class 2A state championship 800-meter outdoor relay (set 2A state record; 1:27.27) and won the 55 indoor dash state title in his senior season.

“It’s a very, very sad day for our football program, we are in shock with the news of Jordan Cofield’s passing,” Morgan coach Tyrone Wheatley said on Twitter Sunday. “Jordan was a tremendous STUDENT-Athlete, great teammate and will be missed by all.”