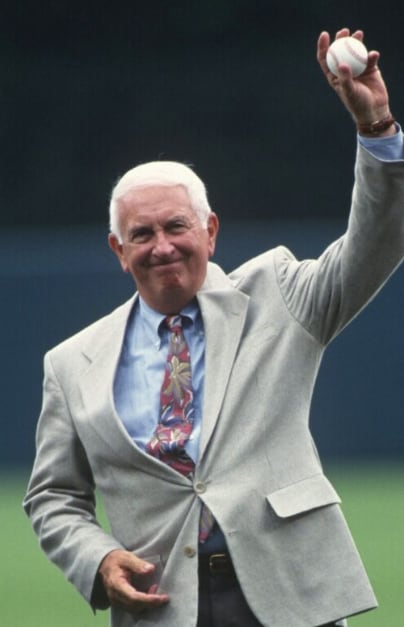 The “Dean of Baltimore Sports” was advocate for high school athletics

Bagli, the legendary WBAL TV sportscaster, passed away Tuesday. He was 93.

Bagli, a Loyola Blakefield and Loyola University graduate, spent 31 of his 46-year career on air at WBAL, retiring in 1995. He served as president of the Maryland Scholastic Association.

The MSA was the athletic governing body of Baltimore city public and parochial schools. The MSA dissolved in 1993 after the public schools left to join the Maryland Public Secondary Schools Athletic Association (MPSSAA).

A visitation will be held Monday Oct. 12 from 2 to 4 p.m. at Pritts Funeral Home and Chapel in Westminster. There will be social distancing requirements, mandated face coverings and 75-percent capacity limit because of the Covid-19 pandemic.