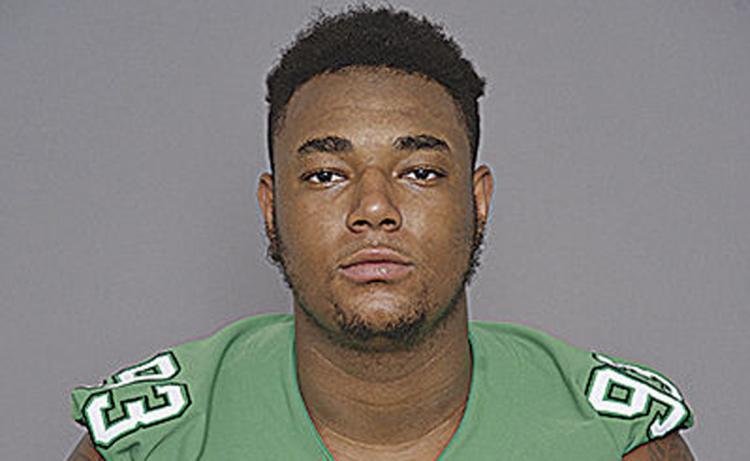 Aaron, 19, a redshirt freshman defensive linemen for the Herd and 2016 Oakland Mills graduate, died Thursday at Frederick Memorial Hospital following complications with treatment stemming from a gunshot wound that left him paralyzed after being hit by a stray bullet at a New Year’s Day party in Anne Arundel County.

A Go Fund Me page was started to raise money for Aaron’s medical and living expenses. Oakland Mills turned its Feb. 2 Howard County matchup with Hammond into a benefit game for the Aaron’s family. The Scorpion boosters club sold “93 Strong” T-shirts — the same number Aaron wore for the Thundering Herd.

According to the Herald-Dispatch (West Va.), Marshall’s athletic department has a previously-scheduled fundraiser for Aaron set for Saturday’s Marshall men’s basketball game against Charlotte.

Aaron, 6-foot-5 and 272 pounds, recorded 13 tackles, including 0.5 tackles for loss, in eight games for the Herd during his redshirt freshman season in 2017.

In his senior season at Oakland Mills, Aaron was an all-Howard County and Small School All-State defensive linemen. The Scorpions (8-3) reached the Class 2A state playoffs.

In the winter, Aaron was the starting center on the basketball team that won the Class 2A state championship – the first for the Columbia school since 1990.