A podcast dedicated to lacrosse has debuted on Varsity Sports Network and will be part and parcel of the upcoming season for the next 10 weeks. 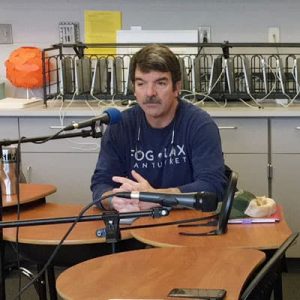 All three men have a deep knowledge of the local lacrosse landscape’s past and present and they like nothing better than to share that information in a conversational style with their audience.

The podcast is the brainchild of Gary Adornato, VSN founder and publisher, who said that sponsors, such as Kooper’s Tavern, Kelly & Associates, Kooper’s Lacrosse, True Lacrosse and MacKenzie Commercial Real Estate are key components of the project.

“As we progress with Varsity Sports Network, we are always looking to provide exciting features and content,” said Adornato, who started VSN more than eight years ago. “When Rick retired as the lacrosse coach at St. Paul’s, I asked him if he was interested in contributing to VSN because he has such a wealth of knowledge and great passion for the game and its history.”

Adornato said that he then began to formulate the idea for a podcast. 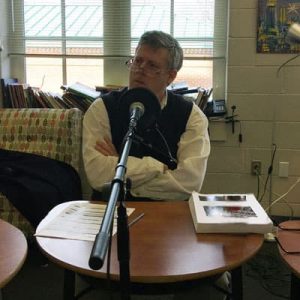 “I knew it would be a great vehicle for Rick,” Adornato said. “Then we got Mac involved. Mac knows everyone in local high school sports and is a true historian. Ron adds a different perspective, with his roots being in Long Island. Plus, he has an extensive involvement in the local club scene.”

“It’s a dynamic group, and the shows will be lively, informative and entertaining,” he said. “We want these podcasts to reach as many people as possible, so we decided to make them free. You will not need a VSN subscription to access the show page, at least for this season.”

Klausner, who coaches for Kooper’s Lacrosse, said that he knew what Brocato would bring to the podcast.

The mutual admiration is reflected by Brocato. who said he was thrilled when he learned that Klausner was also included.

“Ron is passionate about the game,” Brocato said. “And he wants to give back to the game, which is near and dear to me as well.”

He said that Kennedy’s knowledge of local lax lore is unsurpassed.

“Nobody knows more about Baltimore lacrosse than Mac,” he said.

Kennedy said that he wasn’t sure how he landed the VSN Lax Cast hosting gig, but that he’s happy he did. 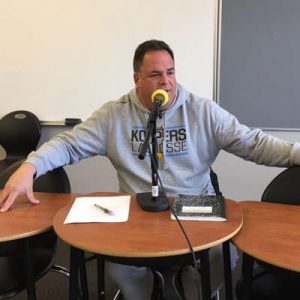 “I love watching high school lacrosse,” he said. “It’s the purest form of the sport. And these guys really know the X’s and O’s.”

The show’s first guest will be Randy Dase, who played midfield for Towson High and Johns Hopkins before returning to coach at his high school alma mater while racking up 242 career wins and eight state titles over 18 years before hanging up his clipboard and whistle 20 years ago.

Dase will be part of the first “Heyday Segment” when the panelists talk about times when the Towson-Dulaney rivalry was among the best in the area, drawing live TV coverage and large and enthusiastic crowds.

There will a variety of segments, eight in all, to keep the show moving at a crisp pace.

Another segment of the show is a weekly reveal, in reverse order, of the VSN Boys Lacrosse Top 10, with analysis of each team and its movement up and down the poll.

The banter among the panel about the teams showed how tuned in they all are to today’s game, yet are always ready to reach back to lax days of yore.

“I don’t want to forget about the past,” Kennedy said. “I remember going to Homewood Field to watch Joe Cowan and Downey McCarty playing at Hopkins. That kind of stuff stays with you.”

The VSN Lax Cast will be available on iTunes and via the show page on Varsity Sports Network. Click here to access the show page.