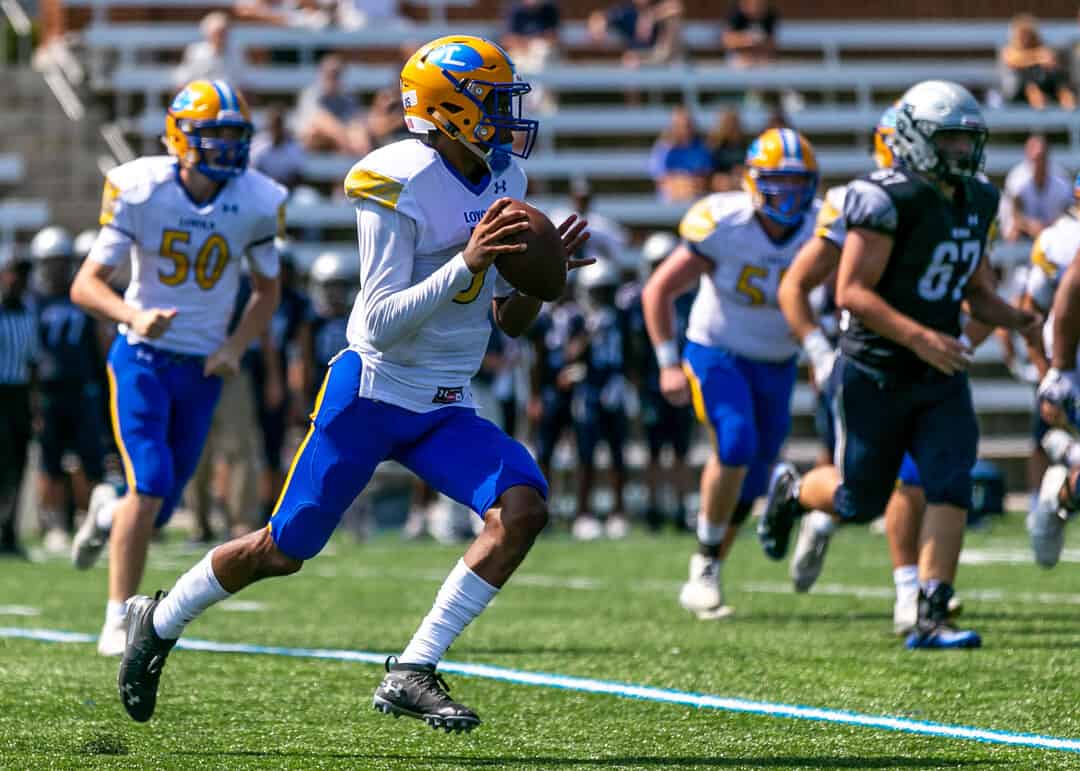 Thanks to quarterback Jordan Moore, Loyola Blakefield is off to a 2-0 start. The Dons are No. 13 in this week’s VSN Football Top 20. (photo – Sports Majors).

After knocking off one of the District region’s top teams, Loyola Blakefield is the big mover in the first VSN Football Top 20 of new season. The Dons up from 16th to No. 13, thanks to a 37-27 victory over defending Interstate Athletic Conference champ Georgetown Prep, ranked No. 8 in the preseason state media poll.

All 20 teams in VSN’s preseason poll are in the latest, led by No. 1 St. Frances Academy, which will look to lay claim to the nation’s No. 1 ranking Saturday evening against California’s Mater Dei, ranked No. 1 nationally by MaxPreps.

The match, at St. John’s Bosco High in Los Angeles, will be part of the inaugural California Trinity League vs. USA Showcase.

This week: at Bullis School, Sept. 13

This week: at South Hagerstown, Sept. 13

This week: at Walkersville, Sept. 13