Mount St. Joseph gets second tour at No. 1 after championship triumph; Curley, Northeast and Parkville debut 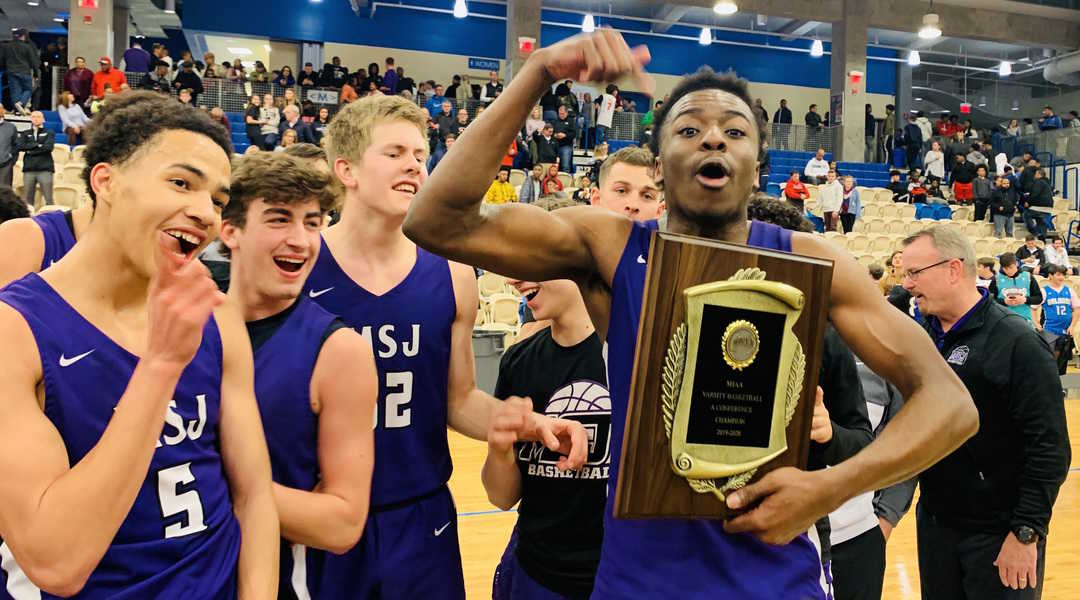 After winning the MIAA A Conference championship, Mount St. Joseph is No. 1 in the latest VSN Boys Basketball Top 20.

The Gaels (27-5 overall) defeated then-No. 1 St. Frances Academy, 76-63, at Harford Community College for their first MIAA A title since 2016. It was the Irvington school’s second win this season over the nationally-ranked Panthers, who needed a late comeback to deny Mount St. Joseph in their prior match.

It’s the Southwest Baltimore school’s second stint this season at No. 1. The Gaels’ first reign ended after a home loss to Archbishop Spalding earlier this month – a loss they avenged in the MIAA A semifinals last week.

Northeast won its first Anne Arundel County championship in nearly 30 years with a rout of Annapolis in the title game. Curley claimed its first MIAA B crown since 2001 with a win over St. John’s Catholic Prep at Harford Community College.

Here is the entire VSN Boys’ Basketball Top 20 for week 12:

Last week: The Gaels defeated then-No. 1 St. Frances Academy, 76-63, in MIAA A Conference final at Harford Community College after a 55-43 victory over then-No. 12 Archbishop Spalding in the semifinals and 65-63 victory over St. Vincent Pallotti in the quarterfinals.

Last week: The Engineers did not play

This week: vs. No. 3 Poly, Baltimore City final at Morgan State University, Feb. 25

This week: vs. Towson, Class 3A North Region I quarterfinal, Feb. 28

This week: vs. No. 13 Woodlawn, Baltimore County final at Towson University, Feb. 25; vs. Eastern Tech, Class 2A North Region I quarterfinal, Feb. 28

Last week: The Red Storm did not play

This week: Off; next game – vs. SEED School or Western Class 1A North Region I semifinals, March 3

Last week: The Cavaliers lost to then-No. 3 Mount St. Joseph, 55-43, in MIAA A Conference semifinals, after an 89-85 quarterfinal victory over then-No. 9 Gilman School

Last week: The Dons did not play

This week: vs. No. 6 New Town, Baltimore County final at Towson University, Feb. 25; vs. Hereford, Class 3A North Region I quarterfinal, Feb. 28

This week: Off; next game – vs. James M. Bennett or Easton, Class 3A South Region II semifinal, March 3

Last week: The Panthers lost to Northeast, 64-42, in Anne Arundel County final, after a 84-31 victory over Chesapeake-Anne Arundel

This week: vs. South River or Severna Park, Class 4A East Region I semifinal, March 3

This week: Off; next game – vs. Perryville or Bohemia Manor, Class 1A East Region I semifinal, March 3

This week: Off; next game – vs. Catonsville or Perry Hall, Class 4A North Region I semifinal, March 3

Last week: The Friars won the MIAA B Conference championship with a 64-54 victory over St. John’s Catholic Prep at Harford Community College, following a 65-34 semifinal win over Chapelgate Christian Academy