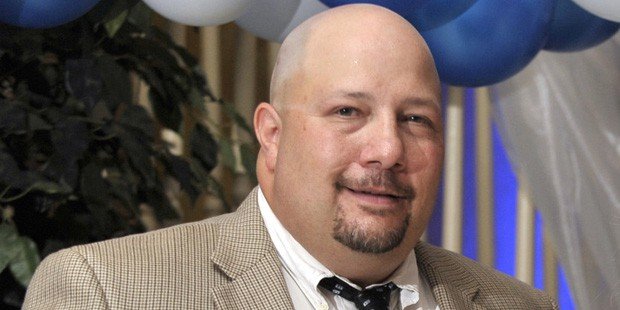 Varsity Sports Network was deeply saddened to learn of the passing of veteran high school sportswriter Bob Hough, who died suddenly at his home in Pasadena Saturday evening. He was 46.

Hough spent 24 years covering prep sports at the Capital Gazette in Anne Arundel County before accepting a company buyout earlier this year. Upon leaving the Gazette, he became a freelance contributor to VSN, as well as other high school outlets.

His last article for VSN was a feature story on Northeast High School basketball star Jaylin Albury, in March, shortly after high school sports were shutdown because of the COVID-19 pandemic.

Hough was on the Capital Gazette staff in June of 2018 when a gunman opened fire in the paper’s newsroom, killing five staffers and injuring two.

Hough was not in the newsroom during the tragedy, but courageously joined with his surviving colleagues to make sure the paper was published the next morning and everyday thereafter.

“I don’t know that there was ever any thought to not putting something together,” said Hough about the long hours after the shooting.

“Bob Hough was an absolute pro and a great man,” said Gary Adornato, publisher and founder of Varsity Sports Network. “High school writers from competing news organizations are a bit immune from the cutthroat world that exists in other area’s of journalism. They are more like colleagues than foes, spending great amounts of time together covering games and sharing stories. Bob Hough was among the most popular guys on the beat and we will all miss him very much.”