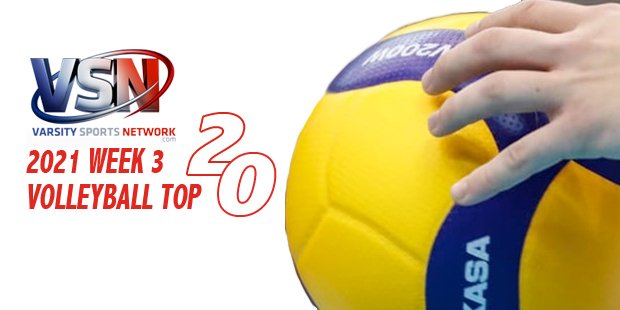 Three Anne Arundel County teams made the biggest news on the local volleyball scene this past week and it is reflected in the Week 3 VSN Volleyball Top 20.

With a win over then No. 2 Broadneck, Arundel affirmed its spot at No. 1, while Annapolis Area Christian School, an upstart from the IAAM B Conference stayed undefeated and climb three spots and into the Top 10 at No. 8.

Maryvale Prep improved to 5-0 and took one step forward to No. 2, while Broadneck went back to No. 3. The rest of the Top 5 includes No. 4 Severna Park and No. 5 Howard.

Note: The Wildcats edged then No. 2 Broadneck in five-set thriller.

Note: The Bruins must regroup for a date with No. 4 Severna Park Tuesday.

Note: The Hawks off to perfect start in Howard County.

Note: After a week off, the Owls return to Carroll County play against Manchester Valley Tuesday.

Note: The Gators won 5 of 8 sets at Oakdale Tournament, but did not advance out of pool play.

Note: The Knights split eight sets at the Oakdale Tournament.

Note: The Cavaliers climb after 2-0 week.

Note: The Bobcats even their record with sweeps of Rising Sun and John Carroll.

Note: With No. 10 Reservoir and No. ?9 Glenelg this week, the Eagles can make waves in Howard County.

Note: Bulls bounced back from first loss with couple of Baltimore County wins.

Note: Vikings have taken some hits from Howard County foes.