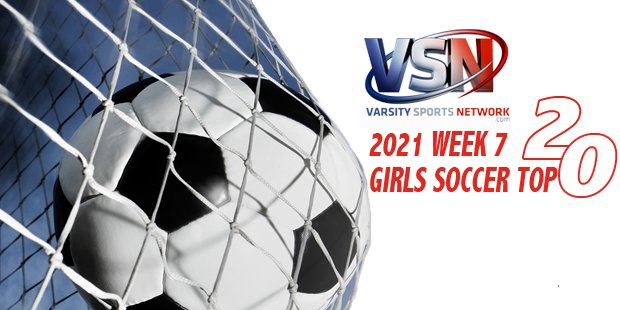 Atholton and Crofton claim spots in this week’s rankings

Undefeated Broadneck High, closing in on a spot in the Anne Arundel County championship game, moved up to No. 2 in the VSN Girls Soccer Week 7 Top 20, just behind No. 1 McDonogh School.

Archbishop Spalding also climbed one spot, to No. 3, while Marriotts Ridge dropped from No. 2 to No. 4. No. 5 John Carroll School rounds out the Top 5.

This week’s newcomers are No. 19 Atholton and No. 20 Crofton who are both still in the mix in Howard and Anne Arundel counties, respectively.

Note: The Bruins have allowedone goal in last six games.

Note: The Mustangs have 11 shutouts, including six in a row, but double-overtime draw with Atholton pushed them back a bit.

Note: The Patriots took tough one-goal loss to No. 4 Archbishop Spalding, but rebounded with 5-0 rout of then-No. 20 Harford Tech.

Note: Blazers have played a pair of double overtime ties in their last three.

Note: Two wins last week, including 4-0 rout of then-No. 13 Severn School, have the Sailors closing in on top seed for IAAM B playoffs.

Note: The Reds have established themselves as title contender in the IAAM B Conference.

Note: Draw with Sparrows Point prevents the Lions from stretching their lead in Baltimore County Division I.