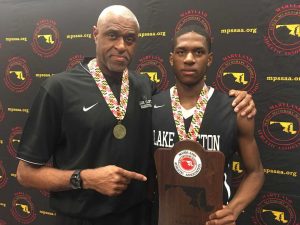 Lake Clifton basketball coach Herman Harried and son Armon both made history Saturday at the University of Maryland. Armon, a senior, had the best individual performance in a state Final Four contest since 2008 with 35 points as Herman Harried became the first coach to win state titles in all four classifications. The No. 9 Lakers defeated Southern of Garrett County in the Class 1A final.

Armon Harried did not have to attend Lake Clifton High where his father, Herman, is an institution. He could’ve went to another high school and make his own mark as a student and basketball player. He didn’t have to deal with the pressure of being “the coach’s son.”

But for Armon, who spent his formative years inside the Lakers’ gym, doing homework, watching practices and learning how to ride bike, there was no other place he wanted to attend high school. In his final game in a Laker uniform Saturday, he helped his dad and the East Baltimore school make history.

No. 9 Lake Clifton won the Class 1A state championship with a 64-46 victory over Southern of Garrett County at the University of Maryland’s Xfinity Center. Armon Harried finished with 35 points and 13 rebounds and junior guard Michael Gray added 22 for the Lakers (24-4 overall).

Behind a torrid shooting stretch in the second half, Lake Clifton opened up a 27-point advantage en route to a second straight championship. The St. Lo Drive school, which won the 2A title last year, is the first to win a state title in all four classifications.

“It’s great for our school and the community. Basketball at Lake Clifton-Reach does everything for that area,” said Herman Harried. “I’m proud to bring that kind of positive spirit to the school.”

The last two is arguably most dear to Harried, who had his youngest son played a major role. Saturday, Armon Harried had one of the best individual performances in state Final Four history.

His 35 points is the most in a state Final Four match since 2008 and 11th-most in a state final. It’s the best single-game performance by an area player since Milford Mill Academy’s Blanchard Hurd’s 37-point effort in the 1995 1A state title game.

Armon Harried was proud he and his teammates gave his father a fifth state championship in 23 seasons.

“We all helped him to finish a goal as he’s helped us to get where we need to be,” said Armon.

It seemingly didn’t make a difference where Harried and Gray were at in the second half Saturday on Gary Williams Court. On the Lakers’ first possession, Gray calmly dropped a Seth Curry-esque 3-pointer from about 30-feet before the shot clock expired.

Harried dropped back-to-back daggers, putting Lake Clifton up 43-22. The Lakers hit their first six shots of the half as Harried and Gray combined for 10 3-pointers.

“I don’t think we shot that well in about 10, 12, 14 games. They just picked the right time to do it,” said Herman Harried, who had only his son, Gray and David Harris (7 points, 6 assists) score Saturday. “And [the third quarter run] gave us a good margin. So they just turned it up when we needed it and they’ve done that all season.”

The Lakers, who lost to state champs Patterson and Poly, state 4A semifinalist Dulaney and city finalist Edmondson, are tied with Milford Mill for the second-most state titles by an area team (Dunbar has 14 titles).

Armon Harried was excited to give his younger teammates a championship experience.

“I had my chance last year and I had another chance this year. I had to score for us to win, so it wasn’t about me trying to fill a goal,” said Armon Harried. “It’s for us to win and now I know everybody on my team got the chance to feel the same way I felt last year.” 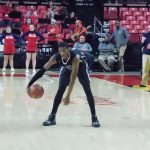 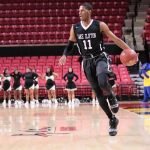 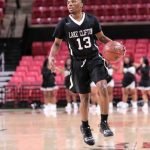 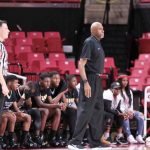 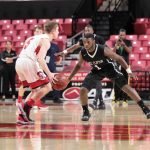 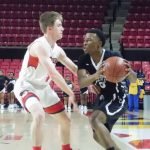 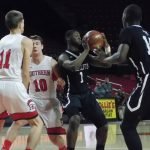 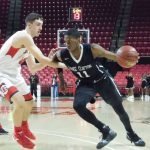 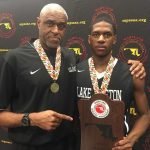 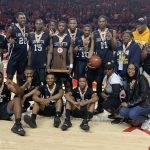