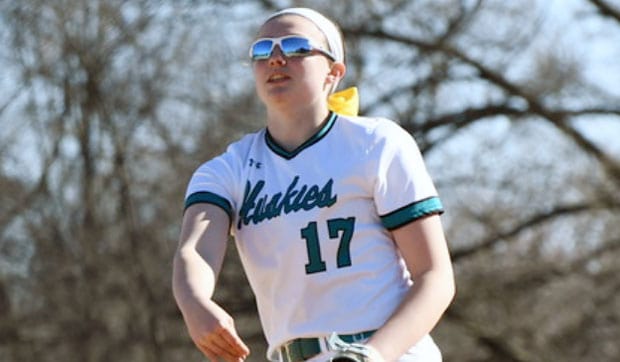 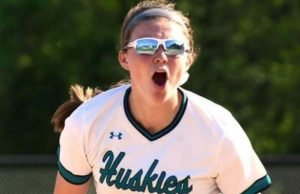 After eeking out an extra inning win over Rising Sun High a few weeks ago, Patterson Mill knew the Tigers would be more than ready for the rematch Thursday afternoon in Cecil County.

Rising Sun once again proved it’s a worthy opponent, but the No. 1 Huskies’ championship mettle rose to the fore, rallying for a 3-2 victory to clinch a second straight UCBAC Chesapeake Division crown. Senior pitcher Madison Knight pitched a five-hitter for Patterson Mill.

Knight, the reigning Gatorade Maryland Player of the Year who fanned 16, closed the door after the Huskies (14-0 overall, 13-0 UCBAC Chesapeake) scored twice in the top of the sixth to gain the lead. Rising Sun (11-2, 9-2 UCBAC Chesapeake) ace Cadence Williams finished with 18 strikeouts.

The Huskies’ rally started courtesy of South Alabama recruit Williams, who hit leadoff batter Savannah Reedy. The Tigers intentionally walked Knight, whose 2-run homer in the bottom of the eighth accounted for the game’s only runs in the team’s first meeting in Bel Air earlier this month.

Tara Caprinolo walked to load the bases. Ali Kirsch hit a sharp grounder to Tiger shortstop Sam Dixon, whose throw home was off the mark as Reedy slid home with the tying run. Lily Hofmeister followed with a long fly ball that was dropped, scoring Knight with the lead run.

Knight, who will pitch for Syracuse next spring and celebrated her birthday Thursday, struck out the side in the sixth, then allowed a leadoff single to Jayden Simpkins in the seventh. A strikeout, followed by Huskies catcher Izzy Hiebler throwing out Simpkins at third off a sacrifice bunt attempt, secured Patterson Mill’s 36th consecutive victory.