Two late goals lift No. 5 Arundel over No. 6 Chesapeake 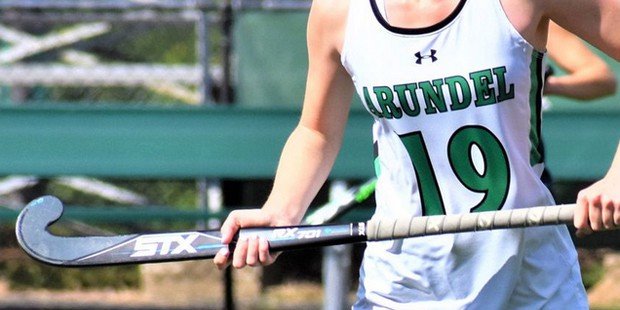 An Anne Arundel County field hockey showdown between No. 5 Arundel and No. 6 Chesapeake-AA took place in Pasadena, Tuesday evening, and visiting Arundel prevailed in this battle of undefeated teams, 2-0, on a pair of late second half goals.

The game was scoreless as the second half clock neared four minutes remaining when Arundel’s Jillian Trout finally produced the game’s first goal, in a man-down situation. She was assisted by Nikki Seven.

The Wildcats (6-0-2) iced the game, with 12 seconds to play, when Lana Hamilton scored on a penalty stroke.

Arundel dominated the scoring chances with a 22-4 edge in shots, but the Cougars (6-1) hung tough on the strength of 20 saves by goalkeeper Eve Vickery. Savannah Brooks made four saves to complete the shutout for Arundel.