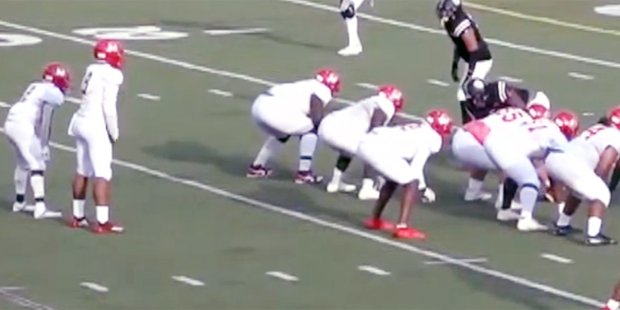 In its football season-opener Concordia Prep traveled to Archbishop Curley, Friday, for an MIAA B Conference contest, and the Saints, on the strength of two touchdowns late in the first half, defeated the host Friars, 14-2.
Concordia threatened several times in the opening half, as they spent much of the first two quarters in Curley territory, but were kept off the scoreboard by penalties and a blocked kick. With less than two minutes to play in the half, however, junior quarterback Jordan Brooks connected with senior Cliff Gills for a 35-yard touchdown pass to stake the Saints to a 6-0 lead. The pair appeared to have connected for a 52-yard scoring pass earlier in the quarter, but the officials ruled that Gills had stepped out of bounds before receiving the ball.
Curley then muffed the ensuing kickoff which the Saints covered inside the Friars’ five, setting Brooks up for a 2-yard TD sneak. He then completed a two-point conversion pass to Jaylin Harkin for the 14-0 lead.
Curley threatened in the third quarter as they drove deep into the Saints red zone, but once again a turnover bit the Friars, as they fumbled the ball back to the Saints inside the five. Curley’s defense was able to keep Concordia pinned down, leading to the Friars only points of the afternoon when the long snap on a punt attempt was sent through the back of the end zone.