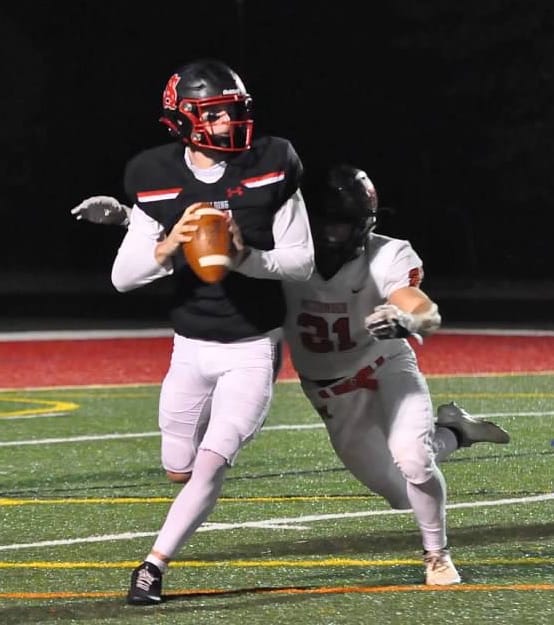 Archbishop Spalding High quarterback Austin Tutas has given a verbal commitment to play football and further his education at Yale University.

“Committed… For God, For Country, and For Yale,” Tutas said in a tweet June 26.

As a junior last season, Tutas passed 2,155 yards and 18 touchdowns for the Cavaliers (5-6), who reached the MIAA A Conference semifinals. The Anne Arundel County school finished 10th in the final VSN Top 20.

Tutas hopes to conclude his Spalding career with a MIAA A championship in 2020. He led a valiant Cavalier comeback in a league semifinal at McDonogh last fall, completing 10 of 15 passes for 89 yards in the second half.

Trailing 19-0 at halftime, Spalding rallied to take the lead in the fourth, but McDonogh got a late touchdown for a 29-23 victory.