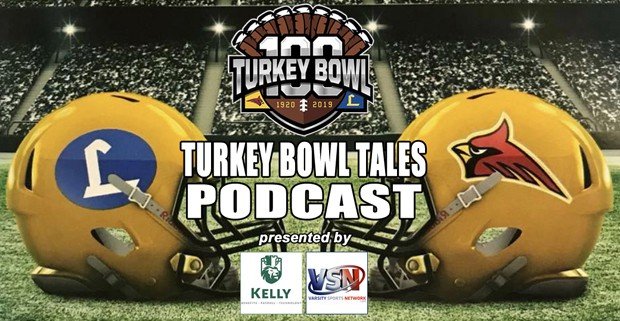 by Gary Adornato
Welcome to the first episode of the VSN Turkey Bowl Tales podcast, a celebration of the 100th anniversary of the annual Turkey Bowl football battle between arch-rivals Calvert Hall College and Loyola Blakefield. 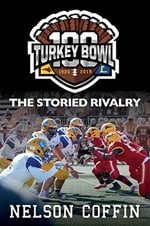 Over 10 episodes, VSN podcasters Mac Kennedy and Rick Brocato delve into so much great history, exploring some of the greatest games, as well as the players and coaches who participated in the event. The series features interviews with former players and coaches, local high school historians who have followed the event, local media members who have covered the game and national media members Mel Kiper of ESPN (Calvert Hall) and Jason Laconfora of CBS Sports (Loyola) who are graduates of the school.
For our first episode the special guest is the Varsity Sports Network’s own Nelson Coffin who has written the book “100 Turkey Bowl, The Storied Rivalry,” which is the official history book of the Thanksgiving Tradition.
The discussion talks about the origins of the rivalry and its evolution into the game it is today.