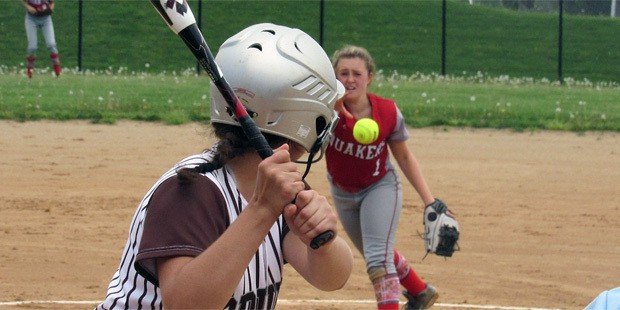 She does not quite top five-feet tall, but in terms of what she means to the Friends School softball team, senior Tyler Rifkin is a giant of the diamond. And, when it mattered most, on Saturday at Harford Community College, Rifkin was at her absolute best in the IAAM C Conference championship game.

The tiny dynamo stymied top-seeded Park School for six innings without a hit, before tiring a bit in the seventh, and went 4-for-4 at the plate, to lead the way to a 14-2 victory and a league title for the Quakers.

Park (9-2) strung together their only three hits of the game in the seventh to get a run to go with an unearned tally registered earlier in the contest. Otherwise, Rifkin was dominating. After walking the first batter of the game, she retired nine straight Bruins. A leadoff walk in the fourth, a steal and a throwing error gave Park its first run, but Rifkin proceeded to retire nine more in a row leading up to the seventh. She struck out 13 Bruins.

In addition to her four hits at the plate, Rifkin drew a walk, stole three bases and scored five runs. She also had an RBI.

“Really good, on top of the world,” said Rifkin when asked how she felt after the game. “We’re like a family. I love all of the people on my team and I’m sad this is my last game. It’s a good way to go out.”

The Quakers (12-2) took control when they scored eight times in the top of the second inning, with most of the damage coming with two down.

With one out and no one on, senior Bridget Barry was hit by a pitch. Park pitcher Montana Love then struck out Grace Bowen for the second out, but another hit batsman brought Rifkin to the dish and she lashed a single to plate Barry with the first run of the game.

A walk followed by an infield hit by Lucy Meigs brought the second run home and the parade was underway. Julia Parker followed with a two-run single and before the inning was through Katie Capizzi, Amelia Martin and Barry also added RBI base knocks. In all 12 Quakers came to the plate in the inning.

The Quakers were also aided by some defensive miscues by the Bruins.

Berry added another RBI hit in the fourth and the Quakers scored two more in the fifth and three in the top of the seventh.

The victory carried great meaning for Friends coach Ken Zalis who missed his team’s loss to Mount Carmel in last year’s championship game as he recovered from some health issues.

“It’s a special group of girls,” said Zalis. “It didn’t work out for us last year in the championship game and we thought we let one get away from us.

“For me personally, the emotions are almost hard to imagine right now. From missing last year with some (health) issues, to come back, and for the girls to work this hard, and work through some adversity, to play an almost a flawless game, it’s really special.” 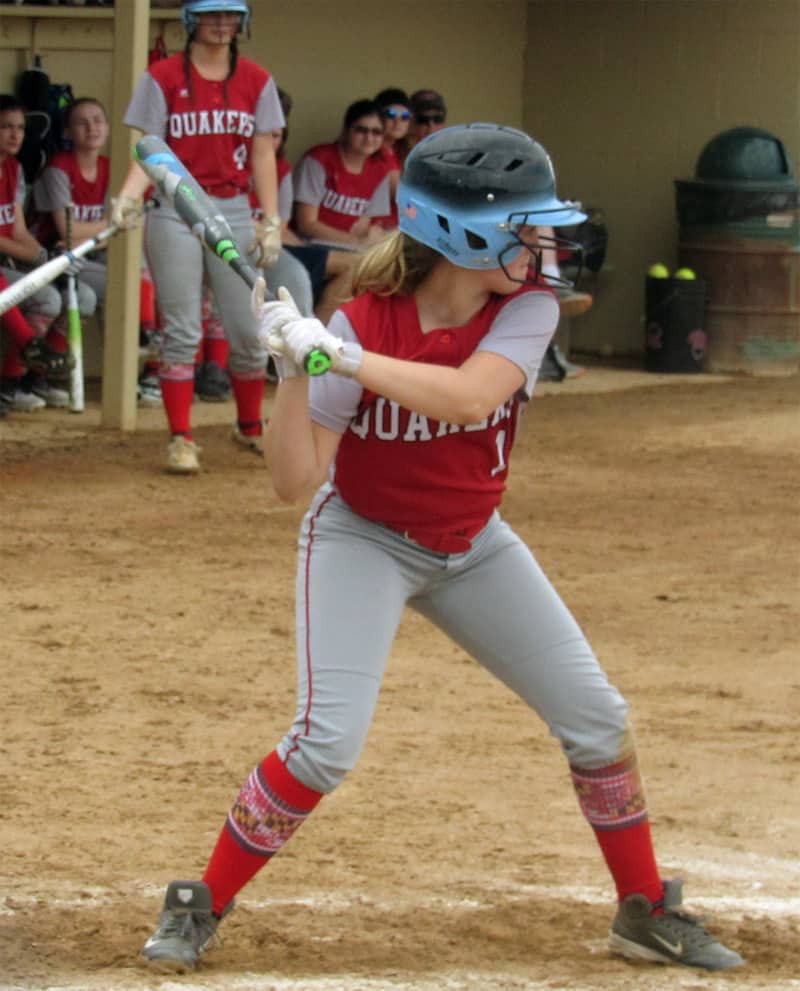 Not only did Tyler Rifkin dominate in the circle, she went 4-for-4 with a walk, three stolen bases, five runs scored and an RBI at the plate.

Zalis also knows that Rifkin is the heart and soul of his squad.

“She’s meant everything the last two years to our program,” Zalis said of his pitcher. “More importantly, she is a tremendous kid. She’s going to go to college (Bucknell University) and will do great things in whatever she decides she is going to do. She came in and set the tone from day one. We have four seniors and they were all All-Conference at one point in their careers, and this was our goal. It wasn’t good enough just to get here this year.”

Park coach Brenna Nation said her team’s performance on Saturday was not indicative of the Bruin squad which usually takes the field, but she praised the Quakers.

“The team that came today was a lot different than what we usually bring, but I have to give it to Friends,” said Nation. “Tyler pitched an incredible game. She had a no-hitter until the seventh inning and you can’t take that away no matter how many errors or runs we give up. She came to play today.”

Nation also said that the program has put itself on the map over the last two seasons and with growing numbers, she feels the future will continue to be bright.

“It hurts for my kids because they worked so hard all year, but it depends on who shows up that day. I’m proud of them. I think they are incredible people outside of the field and that’s what matters most.”

As for the Quakers, they have created a legacy that will endure, according to Zalis.

“I told them in 20 years, not only are we going to get together, but they earned a trip to the Friends Hall of Fame and that’s very special to me,” he said. “For somebody who has been there 10 years already and will be there, hopefully, for a long, long time, it’s a really sweet moment.”

Pictured above: Tyler Rifkin fires a strike towards home plate as she pitched Friends School to a 14-2 win over Park School in the IAAM A Conference softball championship. 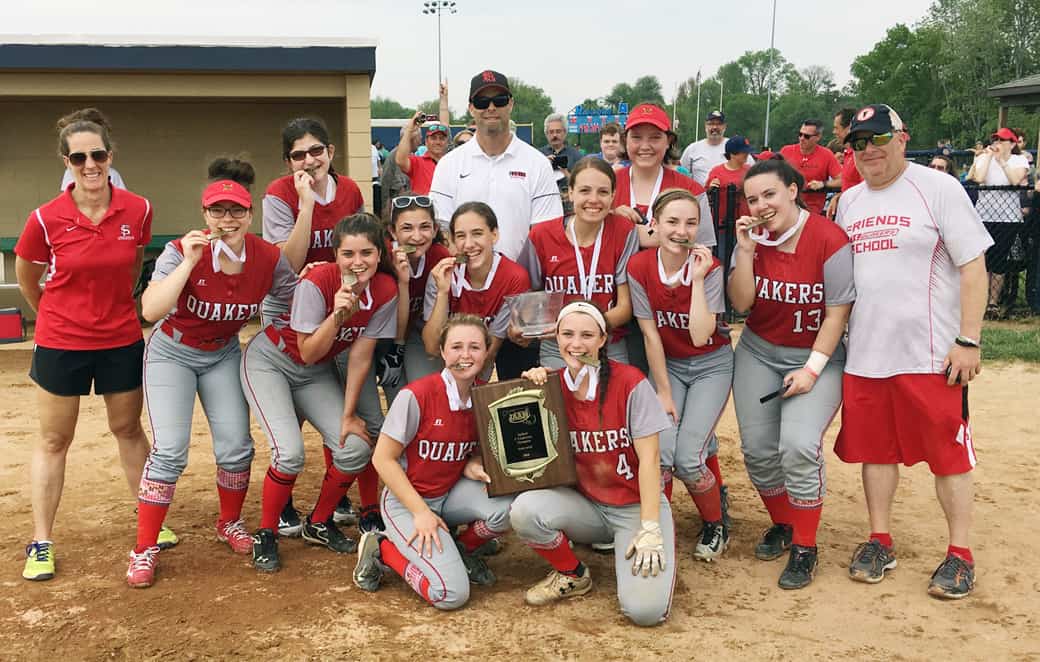