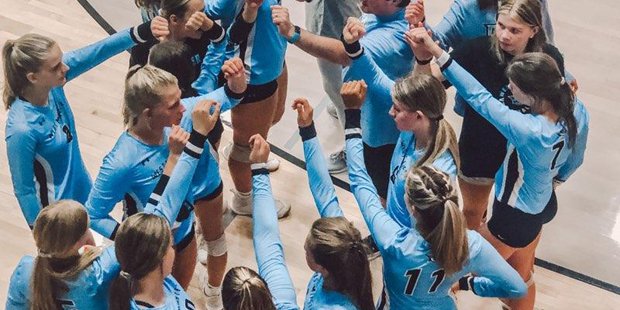 Bolstered by three career high performances, No. 6 Westeminster claimed a four set victory, 21-25, 25-23, 25-22, 25-18, over No. 20 Century, Thursday evening, to move within a eyelash of clinching the Carroll County championship.

In addition, Cici Mason had 4 kills and 4 blocks and Ellie Yaider had 16 digs.

For Century, Eva Brandt had 11 kills, while Jasmine Stanton and Uchechi Mba had 8 each. Mba also added 3 blocks and Maggie Abramson dished out 30 assists.

With the win Westminster improved to 14-1 overall and 10-0 in Carroll County. The Owls have two regular season matches remaining – Tuesday vs. Liberty and next Thursday at Winters Mill. Liberty (9-1 in Carroll County), which Westminster defeated 3-1 earlier this season, is the only team which could still catch the Owls. Thus, on Tuesday would clinch for Westminster.