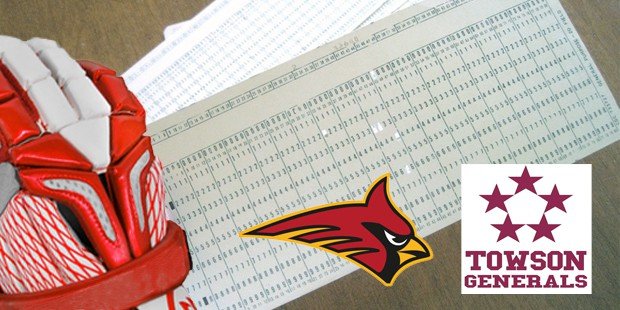 The inside story of how a ‘Computer Game’ gave Calvert Hall the top billing, over Towson, in the final lacrosse rankings of 1971

It’s a stretch to compare the 1971 boys lacrosse season with the 2020 campaign that barely got underway before the coronavirus pandemic put a screeching halt to the proceedings.

Several scrimmages and a couple of non-league encounters against out-of-state opponents aside, the battle royal locally for the coveted MIAA A Conference title — a requirement for No. 1 status — can only be a matter of conjecture, given the lack of head-to-head competition between the top contenders this spring.

In 1971, at least there was a full season of results to help make the call.

Even so, after all the dust had cleared, there was no consensus pick for which team would finish the season No. 1 in the prep rankings by the three local daly newspapers, the Baltimore Sun, Evening Sun and Baltimore New American.

Calvert Hall, which tied St. Paul’s for the Maryland Scholastic Association (MSA) A Conference crown after beating the Crusaders during the season, 7-4, and Baltimore County powerhouse Towson were the squads that were vying for the top spot.

However, despite being located about a mile apart, the teams did not meet on the field, leading to speculation about how the match-up would play out if the Cardinals and Generals had been allowed to tangle.

Both had strong cases. 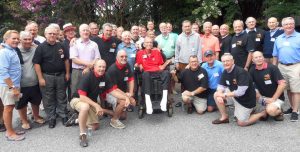 In 2017, more than 50 former Calvert Hall lacrosse players who played for late coach Dick Edell in the early 70’s, gathered with their coach, not long before his passing from Inclusion-body Myositis.

Calvert Hall, coached by Dick Edell, arguably played in a tougher league, even with the A Conference being a little less of a dominant force than it is now.

Still, the Cardinals dropped a 3-2 encounter with archival Loyola to mar an otherwise perfect A Conference mark (they also lost to the Navy Plebes) while beating three other teams in the Sun’s Top 10, No. 3 St. Paul’s, No. 6 Gilman and No. 7 Boys’ Latin.

Towson, led by legendary coach Bill Thomas, which had been the overwhelming choice as the top-ranked team in 1970, was hardly a slouch in ’71.

The undefeated Generals (10-0) also topped St. Paul’s, 8-6, in overtime (featuring a full period in OT) and took the measure of No. 9 Dundalk and No. 10 Parkville as well.

Because the decision to name the area’s “mythical” champ was such a close call (the rivals shared top billing in the New American), the Sun came up with the idea to let a computer make the choice.

While some fans must have thought the plan was nothing more than a gimmick, it did draw attention to the sport — and to the grudge match on the field a year later. (More on the pivotal ’72 game later).

Some players paid more attention to the computer matchup than others did.

“We were interested in playing them in ’71,” said Tom Murray, who played a variety of positions for the Cardinals in their back-to-back championship years. “But personally, I didn’t pay a whole bunch of attention to (the computer results) because we were so preoccupied with winning the MSA. I mean, I knew some of their players, Bobby Mitchell and Norman Owens, and we wanted that challenge, but coach Edell never really talked about it that much.”

Randy Dase, who would guide his alma mater to a then-record eight boys state lacrosse championships as a coach, was a standout midfielder at Towson from 1970-72 who said that he considered the computer matchup “a big deal.”

“We were highly disappointed,” Dase said.

What the Sun tabbed as the “arranged computer game,” held at the Baltimore County Public Schools central office and programmed by Pikesville High students Steve Schiller and Ben Waldman with help from a computer lab teacher, the county schools’ coordinator of mathematics and a representative from the county educational information office, picked Calvert Hall as the victor by a 9-8 score. 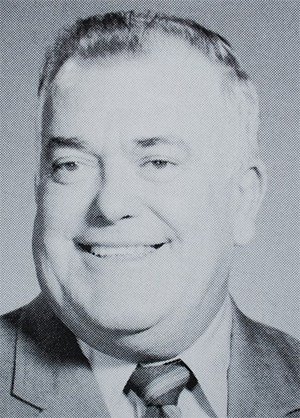 Late Towson coach Bill Thomas led the Generals for 19 seasons, including 1970-72, and won 14 Baltimore County titles, including 13 in a row. He had 154 victories, winning 82% of his games, landing him in numerous Hall of Fames, including the Towson High Athletic Hall of Fame and the Maryland State Sports Hall of Fame.

“Fed into the machine, were saves, shots, face-offs and penalties from each game involving the Cards and the Generals. Add to this a rating of each (team’s) opponent from one to five, and you have the nucleus of the information used to answer the problem,” it said in the article about the computer’s data analysis of the teams.

After the verdict was in, an elated Edell was quoted as saying, “I certainly feel great. It’s a tremendous credit to our school to be number one. We’ve never been in the top 10 before, so you know how much it means to us.”

“It’s impossible for me to understand how a team can be rated as the top when it lost a game that undoubtedly would have clinched its claim to the championship. I can’t think of any other poll where a team can be beaten and not drop,” Thomas was quoted as saying.

Regardless, the following year the teams would settle the matter on the field — with a similar outcome — after their respective seasons were completed in a showdown that Dase calls “the most publicized game ever in the area.”

According to an article in the New American, 5,000 fans watched the epic battle won by the Cardinals, 11-10, on their home field.

“The stands were filled, so some people were sitting between the stands on the field,” said Calvert Hall star Franz Wittelsberger, who scored a game-high five goals and added an assist in the victory. “I had never seen a crowd like that. It felt like the fans were right on top of you. There was a huge noise factor, too. It was the most intense atmosphere in terms of fans that I had ever played in. It was really exciting.”

He added that Calvert Hall attackman Dale Kohler set the tempo when he scored in the first minute of the game and went on to score three times in the victory.

Wittelsberger, who would later win the 1974 national championship with Dase and Kohler as teammates at John Hopkins, said that fellow junior attackman Bob Lacy scored the tying and go-ahead goals, the latter of which was a spectacular over-the-shoulder, no-look shot that bounced past Towson senior goalie Tad Aburn.

Lacy’s timely burst came after he was stymied for most of the game by former Calvert Hall defenseman transfer Jack Rogers.

Despite Lacy’s and Kohler’s heroics, then-New American reporter Jack Gibbons remembers that Wittelberger was “a man among boys” that day.

“He was a fabulous talent who rose to the occasion,” he added.

Gibbons said that for a public school team to come that close to beating the top private school squad showed just how well-coached and talented the Generals were.

However, that didn’t stop him for taking Thomas to task in print for at first refusing to talk to reporters and then criticizing the officials, even though he reported that Calvert Hall was whistled for four more penalties than Towson.

Gibbons wrote that the head General “set a poor example for his players with his uncooperative attitude. There was no case for his behavior.”

Almost 49 years later, Gibbons, who would eventually become the Sun sports editor, said that he had a lot of respect for Thomas and his program.

“He was a great coach and a great tactician,” Gibbons said. “He was a guy who didn’t mince words, but as an educator, he deserved to do better.”

Regardless of the controversy following those two seasons, at least there was the kind of resolution that is unlikely to occur this spring — unless a miracle is forthcoming anytime soon to deliver us from the coronavirus’ grip.