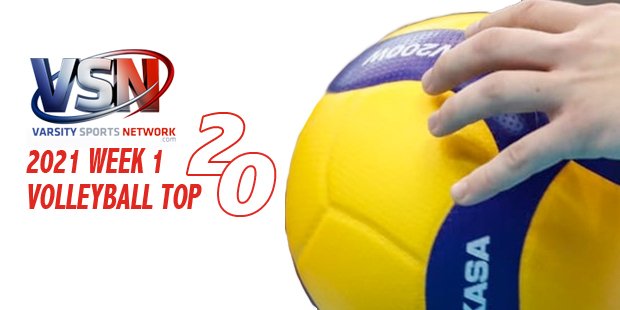 Glenelg High, which pulled off an opening 3-0 sweep of then-No. 12 Atholton, has replaced the Raiders in the VSN Volleyball Week 1 Top 20, as the Gladiators have made their debut at No. 20.
Of the 20 teams in our Preseason poll, 19 remain and the Top 10 stayed complete intact, led by No. 1 Arundel. Also remaining in the top five are No. 2 Westminster, No. 3 Broadneck, No. 4 Reservoir and No. 5 Maryvale Prep.
With the schedule set to open up and a couple of key tournaments on tap, things will get more interesting in the coming weeks.
Here is the complete Week 1 VSN Volleyball Top 20:

2. WESTMINSTER
Record: 0-0
Preseason ranking: 2
Note: Owls set to meet Linganore Wednesday in their opener, before hosting its invitational on Saturday.

10. ARCHBISHOP SPALDING
Record: 1-1
Preseason ranking: 10
Note: The Cavaliers swept St. John’s Catholic Prep and then suffered a sweep at the hands of No. 1 Arundel.

13. ST. MARY’S
Record: 2-0
Preseason ranking: 15
Note: The Saints, of IAAM B Conference, opened with a pair of wins over A Conffoes.