The hype is real 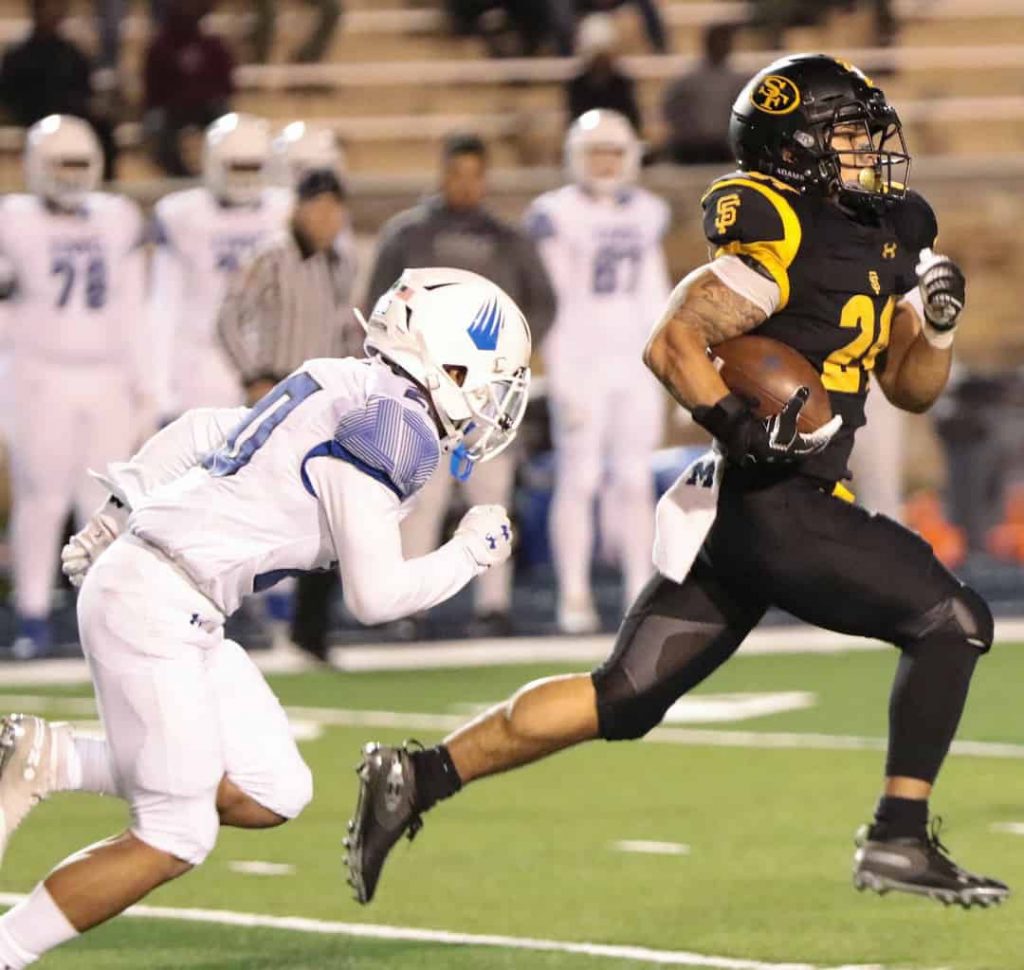 St. Frances’ Blake Corum runs away from IMG Academy’s Zach Boot during Friday night’s football contest at Morgan State University. Corum finished with 192 yards rushing and scored twice as the top-ranked Panthers dominated the second half against the Florida national powerhouse for a 35-7 decision in front of nearly 3,000 at Hughes Stadium. (photo – Jimmy Fields Sr.)