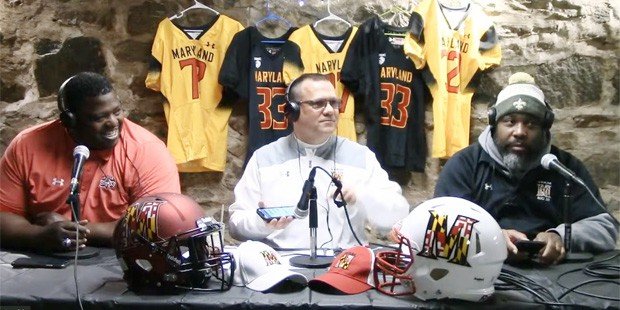 With 35 D1 commits, this may be Maryland’s most talented roster yet (VIDEO Here)

After being cancelled in 2020 because of the COVID-19 pandemic, the Big 33 Classic, the annual senior all-star football showdown between Maryland and Pennsylvania, is slated to return for 2021, on Memorial Day, and Team Maryland will enter that contest with perhaps its most talented roster ever.

Picking this year’s squad was a bit of challenge, with the limited amount of high school football played in the state so far this year. Most Baltimore and Washington area leagues have not played at all and private schools in the MIAA only played a handful of games during an abbreviated fall season.

Representatives of the Baltimore Touchdown Club (BTC) and the Maryland State Football Coaches Association (MFCA), which oversee Team Maryland, selected the team based on film study and input from coaches across the state, with the final decisions handled by Team Maryland head coach Mike Neubeiser.

Neubeiser, who stepped down as head coach at Montgomery County’s Northwest High School following the cancellation of the 2020 high school football season, was scheduled to lead Team Maryland in 2020. He has continued in his role with Team Maryland and will lead the squad in the 63rd Big 33 Classic when it kicks off on Monday, May 31st at Landis Field in Harrisburg, Pa.

Among the Baltimore area players on the squad is Mount St. Joseph quarterback Billy Atkins, who has committed to play his college football at James Madison University. St. Joe teammates Andre Crawley (WR, Undecided) and DaShawn Jackson (DB, Wake Forest) will join him on Team Maryland.

“People are hungry for high school football,” said Scott Ripley, Senior Vice President of the Baltimore Touchdown Club and the Team Maryland Team Manager. “We feel this is one of the best rosters we have ever put together. Our kids are excited to play and represent Maryland.”

Maryland is 2-5 against PA since returning to the series in 2013. Their last win was in 2018 when River Hill’s Cooper McGeehan kicked three field goals to lift Maryland to a 9-6 win in the 61st game. Maryland also won in 2014 when they claimed a thrilling 31-24 double-overtime decision.

Already at a disadvantage because the shear number of schools and football players in Pennsylvania, as compared to Maryland, Team Maryland was aided when the game date was shifted from its traditional mid-June date to Memorial Day. The later date forced many of Maryland’s best football players to opt out of the contest because of early reporting dates for college programs. In 2021 those reporting dates have been pushed back because of the pandemic, helping Maryland even more.

The lead up to this year’s Big 33 will be a bit different. In the past, the Maryland players would travel to the Harrisburg area one week prior to the game and stay with host families while they completed their final week of preparation and participated in a host Big 33 activities. This year the team will travel on the Sunday night before the game and stat in pods on the Harrisburg Penn State campus.

Usually a sold out affair, Big 33 officials currently anticipate that the 12,000 seat Landis Stadium will be allowed to accommodate 50% of its capacity. As it has been for the last several year, the game will also be broadcast live by Sinclair Broadcasting.

Below is the complete 2021 Team Maryland roster.

Videos blow: The Feb. 21st TRT podcast on which the 2021 Team Maryland was roster, followed by video highlights of the 2021 players. 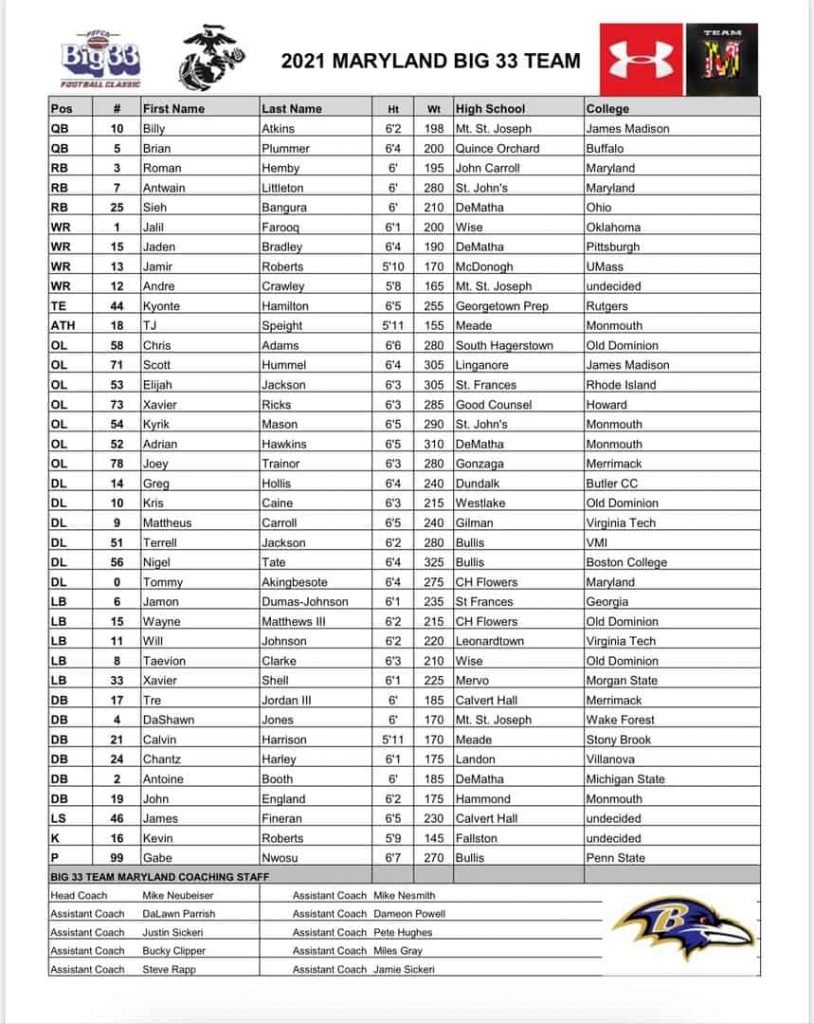