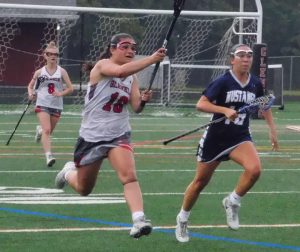 “That’s how we do it,” said Callahan, slamming her bag to the floor.

In what many believed was the pseudo-state final, Glenelg made the crucial plays down the stretch to advance to Wednesday’s region final against Southern.

The Gladiators, who went back-to-back in the 3A/2A classification, are three wins away from becoming the first Howard squad to three-peat since Mount Hebron’s record 10 straight from 1998 to 2007.

Glenelg knew Monday would be dogfight, especially after handling the Mustangs in Marriottsville last month.

“Both teams knew it was one-and-done situation and we both would not relent,” said Gladiators co-coach Nicole Trunzo. “It was a nail biter.”

“We really had to stick this one out,” said Nalls, a junior defender. “We want to give our seniors another game.”

Trailing 10-9, Glenelg got a rip shot from Callahan, a Duke recruit, and free position scores from Georgia Edmond and Scheinberg to secure a 12-10 advantage with 3 minutes, 40 seconds left in regulation. Marriotts Ridge cut the margin to 12-11 after Gracie Kennedy finished a pass from Jessie Burd.

Scheinberg answered seconds later, but the goal was taken off for an illegal stick. The Mustangs, who overcame the loss of Katie Thompson, who suffered a leg injury after recording a hat trick, and a 7-3 first half deficit, had a final chance with 14 seconds left.

From behind its goal, Marriotts Ridge threw the ball downfield and Kennedy wasn’t able to capture. Nails got the ball and ran out the remaining time.

Kayleigh Simpson finished with a hat trick for the Mustangs, and Eloise Clevenger each scored twice. Callahan and Mallory Jubb added a goal and an assist.

The Gladiators celebrated briefly as rain drops started falling. Several thunderstorms would pass through, leading to the postponement of the boys’ Section I semifinal between the Gladiators and Mustangs.

The game will play Tuesday afternoon at 4. 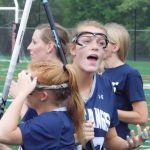 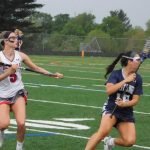 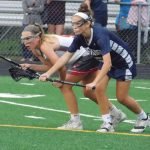 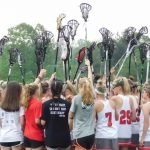 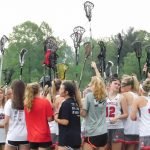 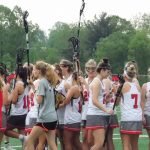 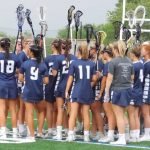 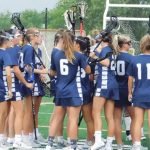 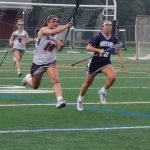 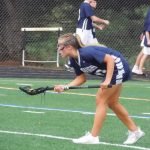 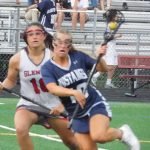 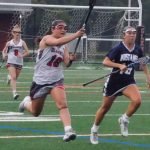 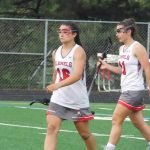 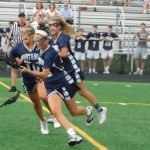 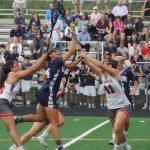 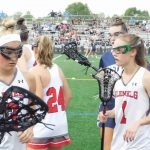 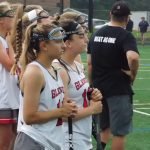 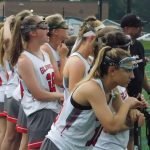 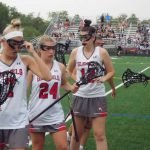 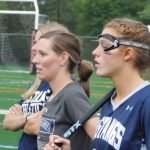 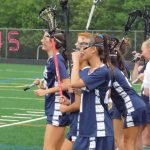 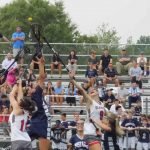 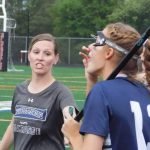 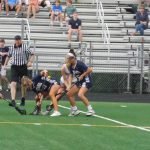 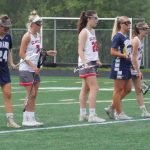 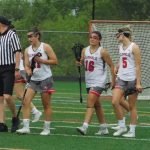 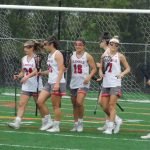