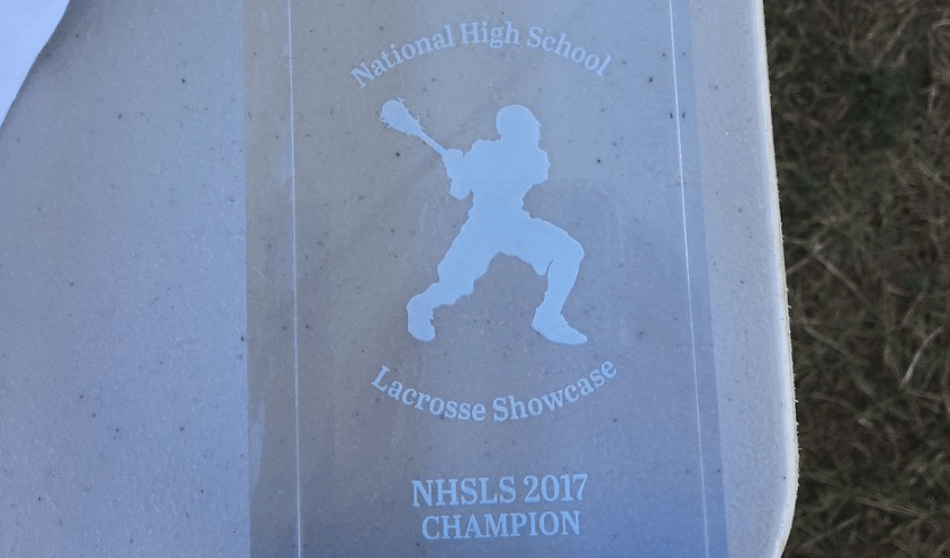 MIAA A Conference finalists Calvert Hall and McDonogh were once again the last two teams standings in the Session I final of the prestigious National High School Lacrosse Showcase, a summer lacrosse spectacular featuring 42 high school power programs. This time, however, the Eagles flipped the script on the Cardinals, who routed the Eagles in the MIAA A Conference championship game in May, by claiming a 9-5 victory in the championship game.

Both McDonogh and Calvert Hall went 4-0 in pull play to reach the single elimination round of eight teams. On the way to the final, Calvert Hall defeated Gonzaga, 9-3, and Landon, 6-4, while McDonogh downed New Canaan (CT), 12-6, and Victor School (MA), 8-6.

A second session of the NHSLS got underway on Sunday and runs through Tuesday. John Carroll, which is moving up to the MIAA A Conference next spring is competing in the session and St. Paul’s also has a team entered.