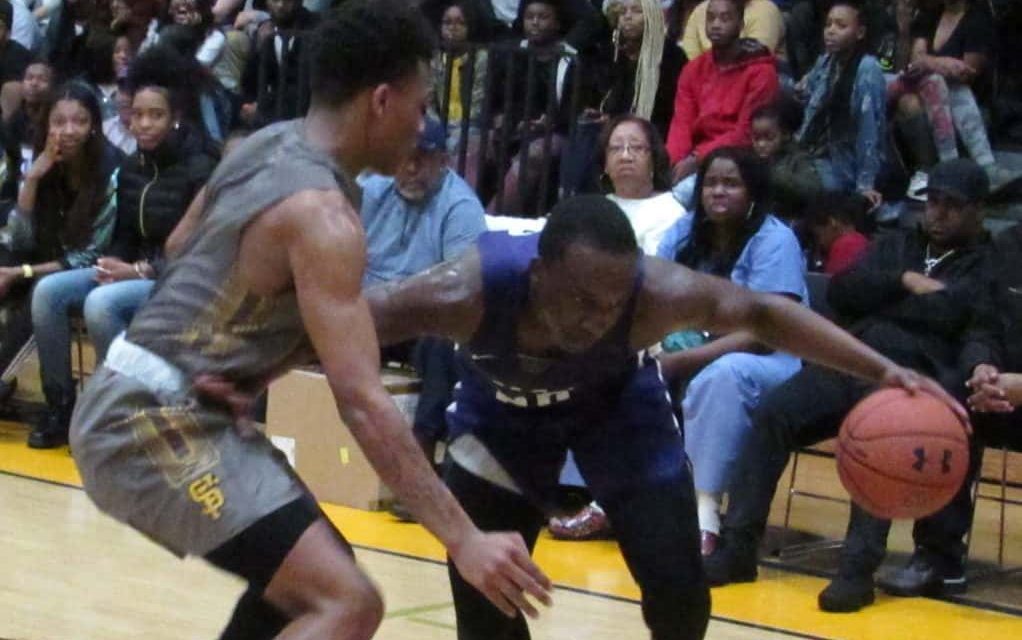 With the new year underway, the Baltimore Catholic League is set to kick into full gear. Here’s my predictions.

Senior Jason Murphy (6-8) appears to be ready to handle the inside work. Look for Coach Nick Myles squad to capture the crown

2. St. Maria Goretti: Standing in St. Frances’ way is an extremely talented team up in Hagerstown. The team that Matt Miller built before leaving to become an assistant at MountSt. Mary’s is star studded. Division I point guard prospect Rashaan Edwards leads them with high-major prospect R.J. Blakeney (6-5), a highlight film wing.

The Gaels also have a pair of able bodies in Abdou Tsimbila, a 6-7 defensive stopper heading to Penn State, and 6-8 junior Matt Rogers is a budding star.

New coach Sid McCray, a former St. Paul’s School standout, appears to be up for the task. Look for him to do well.

3. Mount St. Joseph: The Irvington school will pressure St. Frances and Goretti with 6-2 LSU bound James Bishop as the top player in the league. He’ll have a lot on his shoulders. but will be up for it.

Dynamo sophomore point guard Ausar Crawley, who was a spark plug last season, and 6-10 junior newcomer Jayonte Brown will be key for future BCL Hall of Fame coach Pat Clatchey. Junior Jason Edokpayi (6-5) is a diamond in the rough and has made the Gaels competitive

4. Loyola Blakefield: Dons oach Josh Davali may have his best prospect since Matt Rum in 6-7  junior Mitch Fischer. He’s getting help from a trio of 6-5 performers in senior Brendan Fox and  juniors Bennett Gioioso and Dubem Nnake.

All three are bona fide small college prospects, especially Fox. This could one of the better Don teams in recent memory.

From there, John Carroll School and Mount Carmel are rebuilding with new coaches Seth Goldberg and Trevor Quinn, respectively. Goldberg built a winning program at St. Paul’s and has a bevy of promising youngsters. Trevor Quinn, a former Cougar assistant under Tom Rose (now coach at Goucher College) brings experience and recruiting to the Old Eastern Avenue school.

Nick Jones is continuing his rebuild at Archbishop Spalding. He has a building block in 6-5 freshman Jordan Wilmore.