No. 6 New Town rallies in Pittsburgh for 11th straight victory; Mills and Robinson combine for 32 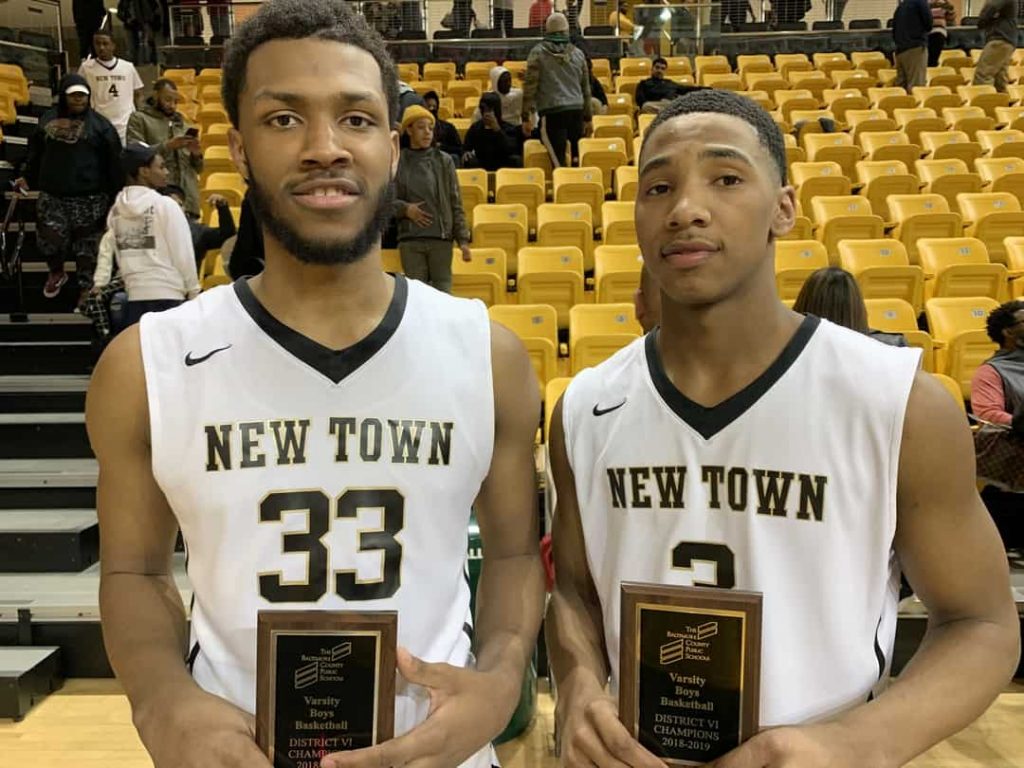 Andrew Mills and Martaz Robinson helped lead New Town to a come-from-behind win in Pittsburgh Monday. Mills had 16 points and seven rebounds and Robinson finished with 16 and six assists as the No. 6 Titans defeated Allderdice (PA) at the Stand Against Violence Showcase at Woodland Hills (PA).

Andrew Mills and Martaz Robinson each scored 16 points and No. 6 New Town High put together a tenacious defensive effort over the final three quarters en route to a 62-42 victory over Pennsylvania’s Allderdice at the Stand Against Violence Showcase at Woodland Hills near Pittsburgh Monday.

Trailing 19-8 after one quarter, the defending Baltimore County champ Titans (11-1 overall) outscored the Pittsburgh school, 54-23, over the last three periods to complete a 2-0 showing at the Martin Luther King holiday weekend event.

New Town got a strong effort from its bench, which produced 21 points. Senior Gerrell Johnson, who will play football this fall at UMASS, had eight points and five rebounds in eight minutes and Cam Sparrow added eight points and two assists.

Robinson, a Delaware State University recruit, handed out six assists. The Titans, who defeated Steel Mills (PA), 76-41, on Saturday, was part of a 6-1 showing by Baltimore schools.

New Town returns to Baltimore County play Wednesday with a home game against No. 9 Dulaney.

No. 6 New Town rallies in Pittsburgh for 11th straight victory; Mills and Robinson combine for 32