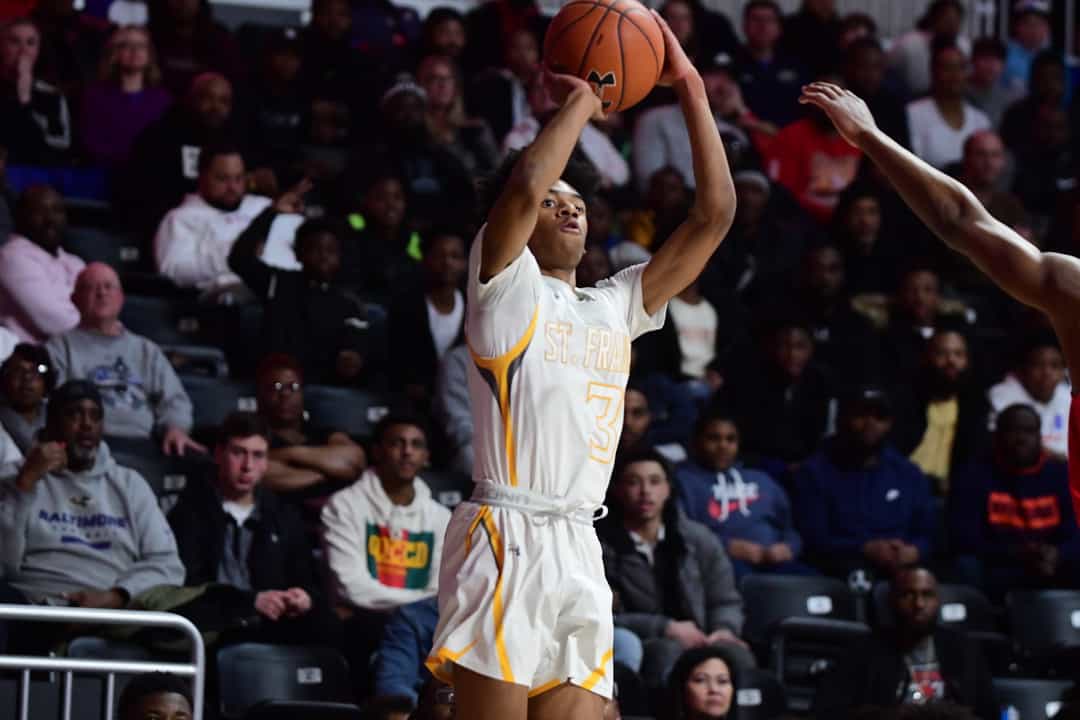 St. Frances Academy senior basketball player Kyrie Staten has a given a verbal commitment to Delaware State University. The guard announced his pledge via Twitter Friday.

Saturday, after playing a game with the Black Panthers gold team (St. Frances) at the Black Panther Fall League, Staten said he’ll have an opportunity to play immediately for the Mid-Eastern Athletic Conference program.

“It’s a lot of seniors currently and the coaches said if I do what I suppose to do, I might start or be a sixth-man,” said Staten, who also has an offer from Loyola.

A reserve as a sophomore in 2018-19, Staten enjoyed a breakout last season for the Panthers. He averaged 9.7 points, 2.8 rebounds and 2.5 steals, helping St. Frances to a third straight BCL championship and second consecutive No. 1 final ranking in VSN’s Top 20.

Staten’s energy, whether tightly defending an opposing player or diving to the floor for loose balls, was undeniable last season for St. Frances, which was ranked nationally by ESPN and MaxPreps.

Staten will be front and center this season along with fellow seniors Julian Reese (Maryland) and Bryon Ireland as St. Frances will try to become the first team in more than 40 years to win four straight BCL Tournament championships.

“It’s all about our guys. We should be a good team this season,” said Staten. “For me and Juju (Reese) we just want to be leaders for young guys because we were once in the same position.”