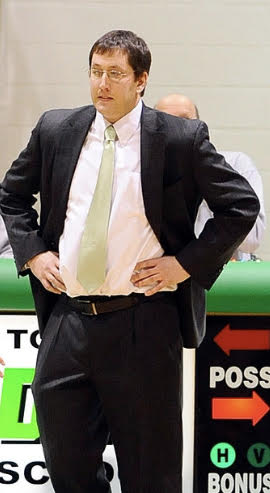 When Jeff Starr decided to stop coaching basketball at his alma mater, he figured it was going to take an unique situation for him to return to the sidelines.

Starr will be back in the coming season to start the new Crofton High boys program. The Anne Arundel County school will open its doors next school year.

“Crofton is my home town, it’s where I grew up,” said Starr. “You don’t get many opportunities to start a program from scratch. It was a no-brainer for me.”

From 2008 to 2016, Starr guided Arundel, where he played and graduated in 1995. The Wildcats went 160-57 and claimed three Anne Arundel County championships.

Starr, who played collegiately at New Jersey Institute of Technology (NJIT), decided to move into administration and stepped down as the winningest coach in Arundel boys basketball history. He spent three years in different administrative roles in the Anne Arundel school system.

When the county finalized plans to build Crofton High a couple of years ago, Starr wanted to coach there.

He received blessing from his wife Kristi and three sons.

“I’ve had several basketball camps in the Crofton-Arundel for the past 12 years. I know the area,” said Starr, who spent this past season as a volunteer assistant at Broadneck.

“I am extremely excited to have Coach Starr join the staff at Crofton High School,” Crofton athletic director Jeff Martin said in a statement. “His knowledge of the game and the community will assist him in developing a strong program.”

Starr, who lives Arnold, drove past the high school on the way to visit his parents in Crofton a couple of days ago.

“I’ve gotten a lot of phone calls, messages and e-mails from old friends, people I went to elementary and middle school with,” said Starr, who will teach in the Technology and Engineering Department at Crofton. “I’m going to lay the foundation. It’s going to be fun and challenging.”