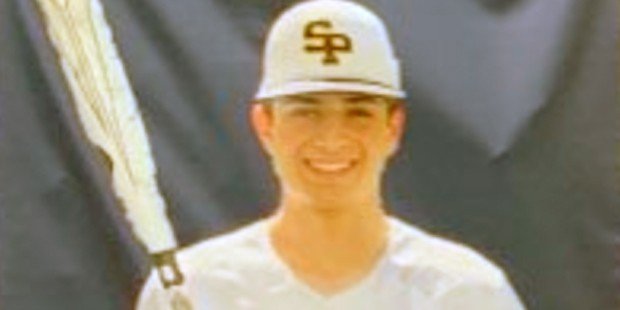 Thrust into the elimination bracket with a loss to Boys’ Latin in Thursday’s winners’ bracket final of the MIAA B Conference Baseball Tournament, St. Paul’s School earned another shot at the top-seeded Lakers with a 5-0 win over Indian Creek, in the final elimination game of this double-elimination event, Friday afternoon in Brooklandville.

St. Paul’s (18-2) will now return to Boys’ Latin on Monday to battle the Lakers in the B Conference finals. Boys’ Latin needs just win to capture its fourth title in the last five league seasons and its fifth overall. If St. Paul’s can win on Monday, the Crusaders will force a decisive “if” game which will be played on Tuesday at the Crusaders home diamond in Brooklandville.

Against Indian Creek, St. Paul’s struck for three runs in the bottom of the first inning as Jack Van Valkenburgh and Alex Cromwell hit back-to-back RBI triples, with Cromwell scoring the third run of the inning on an infield double-play ball

Cromwell knocked in the Crusaders fourth run with an RBI single in the second. Van Valkenburgh scored the final run after hitting a leadoff double in the fifth, stealing third and scoring on a fielder’s choice grounder by Zach Felton.

While all this was occurring, St. Paul’s pitcher Matt Mack was crafting a four hit, complete game shutout. He stuck out five and walked only one, but did hit three batters.

St. Paul’s, which just returned to the B Conference after a long run in the MIAA A Conference, won the very first MIAA B Conference baseball championship in 1996. The Crusaders also won back-to-back A Conference titles in 2002 and 2003.

Alex Seidleck had two hits to lead Indian Creek, which completed a very successful first year in the B Conference, after moving up from the “C” with a record of 10-6.

Pictured above: St. Paul’s Jack Van Valkenburgh, who was 2-for-3 with a double, triple and two runs scored as the Crusaders earned spot in the MIAA B Conference baseball finals.