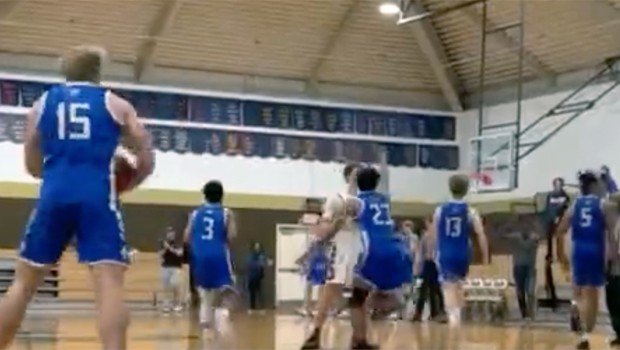 The St. Mary’s boys basketball team got its first win of the 2021 season in exciting fashion, Monday evening in the District, as the Saints went on the road and defeated Landon School, 61-59, in overtime.

Senior Jacob Aryee led the way with a big double-double, scoring 25 points and grabbing 14 rebounds. He had four three pointers and went 7-for-10 from the line.

Jaden Bryant scored just six points but went 4-for-4 from the line in overtime to help secure the win.

Landon’s Mike Gray was at the line with 3.4 seconds remaining in overtime and intentionally missed the shot, firing it off the backboard and back to himself. His desperation shot went for an air ball and the Saints held on for the win.

St. Mary’s led by five after the opening quarter, but the game was tied 28-28 at the half. It was tight the rest of the way.