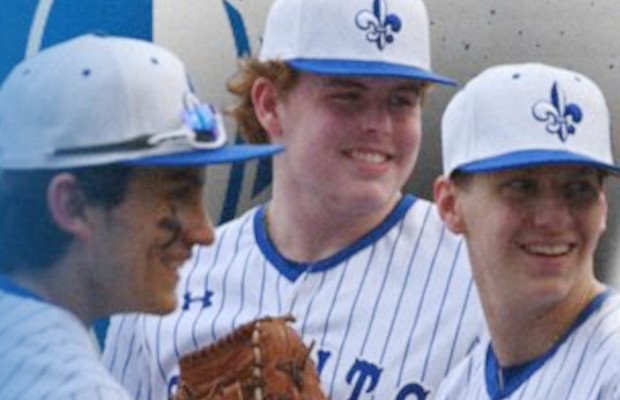 St. Mary’s staked itself to a commanding early lead with a six-run second inning, Monday, and the Saints cruised from there to a 9-2 non-conference baseball victor on the road at La Plata.

John Carroll appears to be emerging from a mid-season slump, which saw them win just four of 11 games, as the Patriots scored in double digits for the second consecutive time, Monday, defeating Caravel Academy (DE) on the road, 16-6.

Cleanup hitter Frank Adamski had a monster game at the plate for John Carroll, going 4-for-4 with two doubles and triple. He scored three runs and scored six.

John Carroll (10-8) did a ton of damage at the top of the order as their first four batters collected nine hits and five walks, and scored 14 runs. Leadoff hitter Griffin Shirk was 3-for-4, with a triple and three runs scored and third hitter Ethan Ruiz was 2-for-3 with two walks, a double, four runs scored and two RBI. In the second hole, Matt Archibald walked three times and scored three times.

In addition, catcher Andrew Murphy knocked in two runs and Casey Carpenter hit a double and scored a run.

John Carroll four times in the top of the first, only to see Caravel respond with four runs of its own in the home half of the inning. The Patriots, however, re-established the lead with six runs in the second and three more in the third.