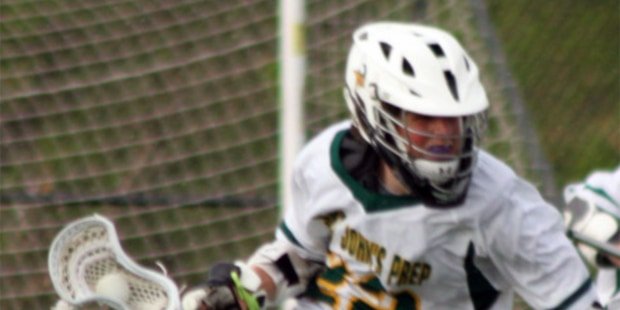 Vikings, Obezags and Pallotti all share the conference lead

With one game to play before the start of the MIAA C Conference lacrosse playoffs, the battle of the top seed is in a deadlock after Friday’s as results, as St. John’s Catholic Prep knocked off previously undefeated St. Vincent Pallotti, 6-4, in Laurel.

The Vikings and Panthers, along with Key School, are all now 5-1 in conference play, as Key, which entered the day tied for second place with SJCP, a game behind Pallotti (7-4 overall), claimed its share of the top spot with an 11-2 rout of Jemicy.

John “JD” Nett was a difference for St. John’s (7-2 overall) as he scored twice and won 10-of-13 face-offs. Griffin Sheridan and Max Piraino scored twice each, with Keller Neuman contributing three assists. Tyler Grove anchored an sterling defensive effort for the Vikings with 12 saves.

At Fusco Athletic Park, the Obezags (6-3 overall) had five players with two points or more, led by six from Jaeden Clarke, who scored a pair of goals and provided four assists to his teammates.

Hudson Smith scored a game-high four goals and Teddy Flemming finished with a hat-trick. In addition, Reid Champman and Owen Wood scored two goals each. Rounding out the score sheet for the Zags were Ed Bulmer and Chris Bulmer with one each.

All three teams have one game to play and unless one of them falters there will be a three-way tie for the top spot. If this occurs, all of the traditional tie-breakers will be exhausted and the league will resort to sport-specific tie-breaker agreed to by the MIAA lacrosse coaches and athletic directors. The tie will be broken based on the following: