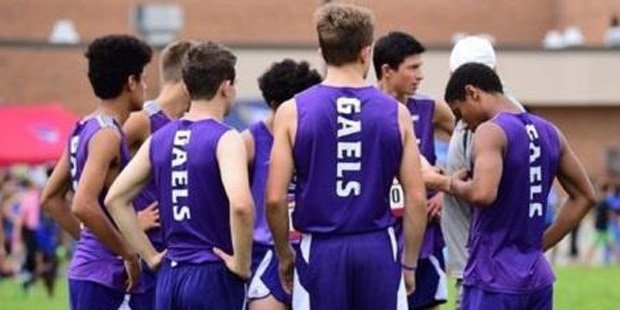 At long last fall high school sports are back, as the 2020 season, delayed since August by the COVID-19 pandemic, got underway with cross country competition, on Saturday, as part of the open-season allowed by the MIAA.

The meet, as all events involving MIAA teams this fall, is not part of an official league, but for the athletes the completion is real. In its season-opener Mount St. Joseph defeated Calvert Hall, 23-32, by sweeping the top two spots and taking four of the top six positions.

Tony Boscolo claimed the race victory for the Gaels by covering the course in 17:05, on a 70-degree day. He finished just two seconds in front of teammate Sean Miller. The Gaels’ Kevin Zaleski came in fourth, Will Sakowicz ran sixth and Noah Allen capped the scoring for MSJ by placing 10th.

“Great team win today,” said St. Joe coach Jack Peach. “Calvert Hall is a talented squad and we will likely have a close meet with them at championships.”