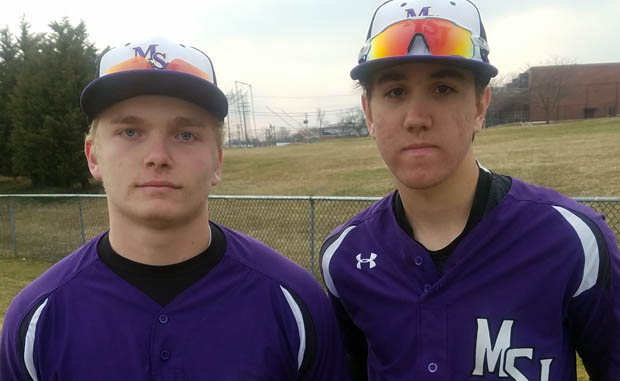 First-year coach Phil Kraska made his debut as a head coach in the MIAA A Conference for Mount St. Joseph, on Wednesday afternoon at Archbishop Curley, and the young skipper celebrated the occasion by picking up his first conference win. 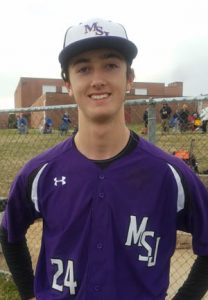 Kraska got a five-hit, complete game 5-0 shutout from senior righty John Torroella, and the Gaels got clutch RBI hits from designated hitter Mike Morrison and shortstop Dylan Wyandt in a 4- run fifth inning to break a scoreless tie, and it was more than enough for the Gaels to get the win.

Morrison’s RBI single broke up Jake Michel’s no-hitter in the fifth, after the Curley right-hander mowed down the first 12 batters that he faced before the roof caved in at the start of the fifth frame, as the Friars made three consecutive errors, to open the gates for the Gaels.

Mike Rosen reached first on an infield error to start the fifth for St. Joe, and then, on two consecutive sacrifice-bunt attempts that were cleanly fielded by Michel, the Curley hurler uncharacteristically made throwing errors, allowing St. Joe to take a 1-0 lead.

Morrison’s single plated another run and Wyatt drove in two more on his base hit to left.

“He (Michel) was throwing the ball really well,” said Morrison. “He threw me an inside fastball, and I stayed on it, and we were able to break up the no-hitter.”

Wyandt said he also hit an inside fastball.

“I was just looking to put anything in play to try to get those runs in and I took it down the third-base line,” said Wyandt.

Kraska, who played on a championship team for the Mount along with Steve Clevenger in 2004 for Coach Dave Norton, praised Torroella’s competitiveness. Despite a high pitch count, he kept his tall right-hander in the game to the end.

“He threw a lot of pictures today, but I knew that I would have to drag him out, because he wanted to finish the game,” said Kraska. “He was confident and he was getting stronger, and he said that he wanted the game, so we stayed with him.”

Torroella pitched out of massive jams in both the second and third innings, when the defending A Conference champion Friars loaded the bases with no outs in both frames, but couldn’t muster a run. He had two strikes outs in the second and eventually struck out the side in the third, despite all of the base runners. Torroella finished 10 K’s in the contest.

“Early on my curveball wasn’t working,” said Torroela. “I had my slider the whole time. I got ahead of most of the batters and that’s how I was able to close them out. And those bases-loaded situations I had to bear down and I got out of it. Once we got those runs on the board it gave me more confidence.”

Curley coach Brooks Norris said his side squandered its chances to win.

“In the bottom of the second and the bottom of the third innings, with the bases loaded and no outs, and getting nothing out of it, we just can’t expect to win a game like that,” said Norris, who has won titles with the Friars as both a player and a head coach. “We can’t have an inning like we had in fifth [on defense], and expect to win.”

Michel attributed his throwing errors to poor footwork. “I didn’t get myself in position to make a good throw on either play, but that will be corrected.”

Pictured above: Mike Morrison (left) broke up a no-hitter by Curley pitcher Jake Michel, opening the door for a 4-run inning by the Gaels. Dylan Wyandt drove in two of those runs with a single.