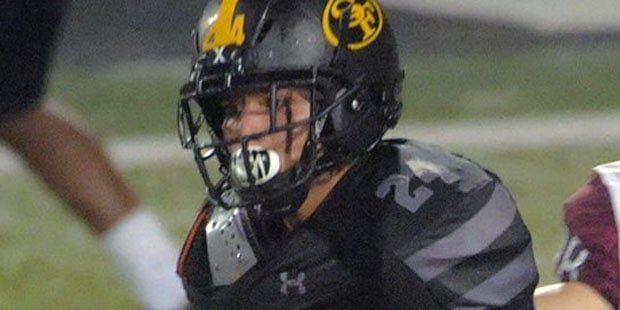 The St. Frances football team continued to live up to its hype, Friday night, as they overcame a slow start and dominated the visiting Wolverines from Chicago’s Simeon School, 55-0, at Utz Field at Patterson Park.

With more than 20 Division 1 commits, the Panthers from East Baltimore showed why they are ranked as high as the No. 2 team in the country (Max Preps).

“Amazing, just amazing,” said Simeon head coach Dante Culbreath after the game. “They’re big, fast and strong. They have no weaknesses and are very well coached.” 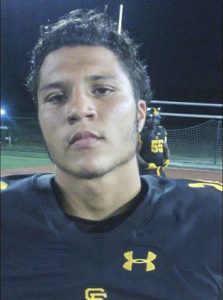 Senior running back Blake Corum, a Michigan commit, put the Panthers on the board when he punched in a hand-off with 10 minutes, 29 seconds remaining in the first quarter. The Panthers slowly picked up steam from there, as they went on to dominate every aspect of this contest.

Corum rushed for his second score of the night early in the second quarter to push the Panther lead to 14-0 and St. Frances would add four more touchdowns before halftime to turn a seemingly close contest into a running clock rout.

Senior Nakai Hill-Green made it 21-0 with a pick six and quarterback sophomore John Griffith followed with a 27-yard touchdown pass to junior Joe Bearns. Junior Aaron Willis delivered another defensive score when a returned a fumble recovery for a touchdown, and interception by senior Luke Hill setup a touchdown run by senior Lamar Patterson.

Senior Cam Kodua capped the scoring for St. Frances with a pair of second half rushing touchdowns.

Corum, coming off a monster game last week (four touchdowns) at Central Miami (FL), was asked about the Panther’s national schedule and guarding against complacency.

“We have a lot to work on,” he said. “We need to take this team to another level. Our practices are incredibly competitive. We always have the best going up against the best.” 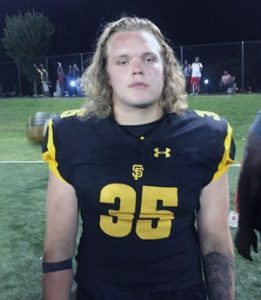 “Our goal is to go 1-0 every week,” said Beams. “Starting Monday we game-plan for that week, we work hard, and we don’t even talk about what happened last week.”

“Our offensive line set the tone tonight,” said Russell. ‘It makes it easy for our running backs when they have some big holes to run through. I thought our defensive line played outstanding. The linebackers did a great job of getting to the ball. Once we settled in, we were able to play some real St. Frances football.”

The Panthers return to action next Friday night when they host American Collegiate Academy from Clearwater, Fla.