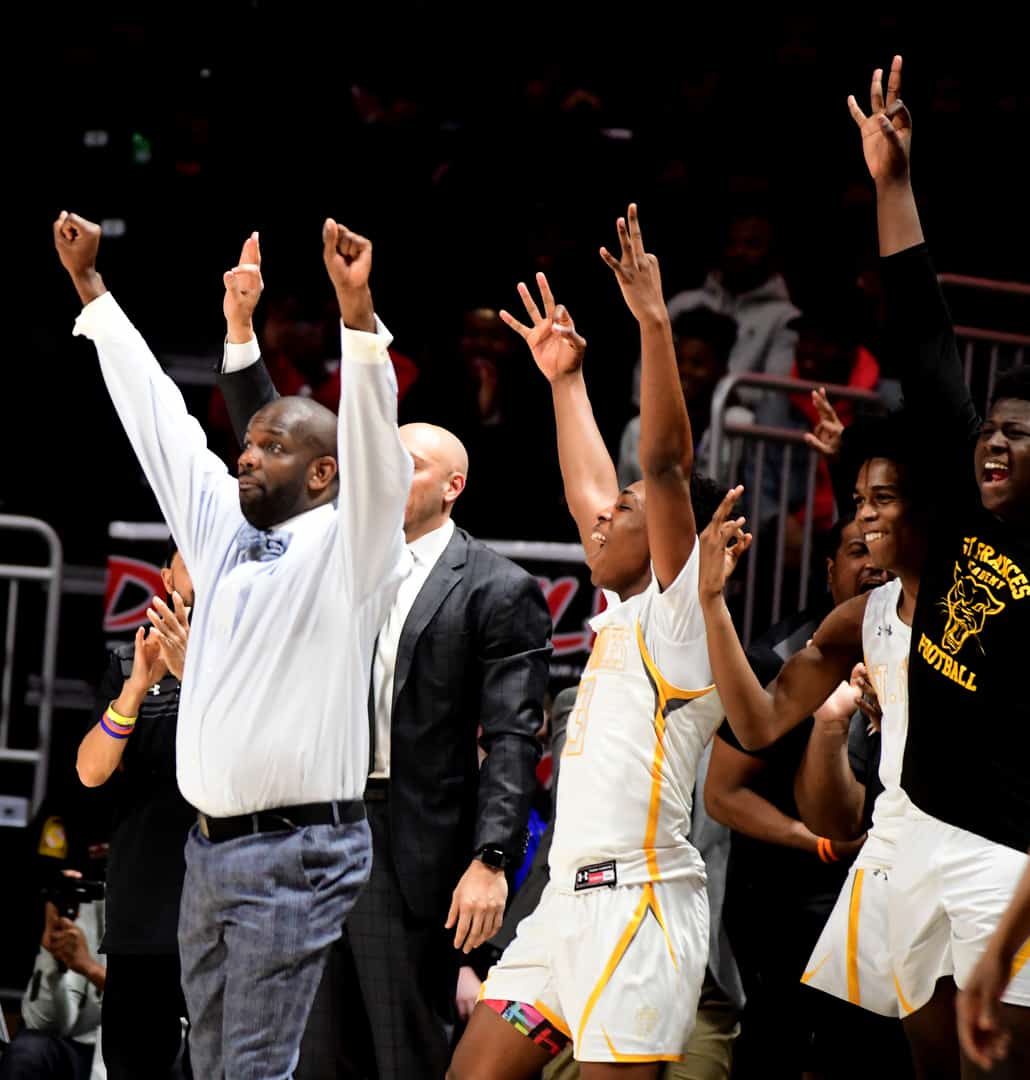 St. Frances coach Nick Myles (front) and his players celebrate a made 3-pointer during Saturday’s blowout victory over Oak Hill (VA) Academy at UMBC. The Panthers are No. 1 in the latest VSN Boys Basketball Top 20. (photo – Ron Bishop/I95ballerz.com)

After gaining one of its biggest triumphs, St. Frances Academy is the new No. 1 in VSN’s Boys Basketball Top 20.

The East Baltimore school private is the third to occupy the top perch in four weeks. Poly held No. 1 for nearly two months before losing to the Panthers at Morgan State University. Mount St. Joseph slid into the top spot, but were surprised at home by Archbishop Spalding.

The Panthers and Gaels meet Friday evening inside Phelps Gym on East Chase Street to decide the Baltimore Catholic League regular season champion and top seed for the tournament.

Reservoir, Century and Friends School join this week’s ranking. Reservoir and Century are the pacesetters in the Howard and Carroll county leagues, respectively.

Here is the entire VSN Boys’ Basketball Top 20 for week 10: