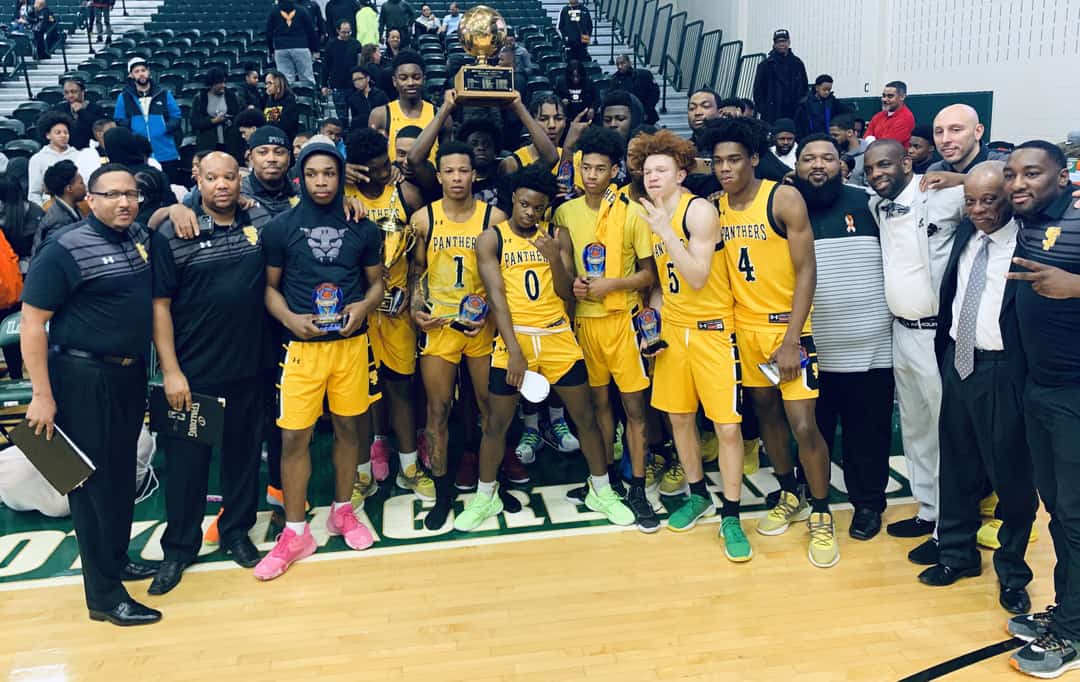 After winning a third straight Baltimore Catholic League Tournament crown, St. Frances Academy is No. 1 in the final VSN Boys Basketball Top 20. The Panthers finished No. 17 in the nation by ESPN and MaxPreps.

Since March 12 when the state public basketball tournament was postponed due to the Covid-19 pandemic, there was hope that the final event of the 2019-20 winter season would be played, albeit in the spring.

But as targeted dates (March 27 and April 27) to reopen state public schools passed, in addition to other restrictions, the likelihood of the state Final Four taking place became slim.

Tuesday, the MPSSAA, in conjunction with the state Department of Education, announced the cancellation of the state basketball tournament and the remainder of the spring athletic season.

The 2019-20 boys basketball season is officially over. Seven area squads – Atholton, Edmondson, Lake Clifton, New Town, Northeast, Parkville, and Poly – won’t get the chance to play at the University of Maryland’s Xfinity Center.

Poly, bidding for a fourth straight Class 3A state title, is No. 2. The Engineers, who were also nationally-ranked, went undefeated in Baltimore City league play for a third title in five seasons.

MIAA A Conference champ Mount St. Joseph, which held the No. 1 ranking with Poly and St. Frances during the season, finished No. 3. Lake Clifton and City College round out the Top 5.

Season review: The Engineers won their third Baltimore City league championship in five seasons. The Cold Spring Lane school only lost locally to No. 1 St. Frances, and was ranked nationally by MaxPreps (18th) and ESPN (No. 22).

Season review: The Gaels won their sixth MIAA A Conference championship. The Irvington school was the only team to defeat No. 1 and Baltimore Catholic League champ St. Frances (twice) locally.

Season review: The Knights reached the Class 3A North Region I final, losing to Baltimore City champ Poly. The Alameda school’s only setbacks were to state semifinalists Poly (3A; twice) and Lake Clifton (1A).

Season review: The Panthers lost to Prince George’s County’s Henry A. Wise in the Class 4A state quarterfinals. Annapolis won the Anne Arundel County regular season championship before losing to Northeast in the Anne Arundel final.

Season review: The Friars won their first MIAA B Conference championship since 2001. The Sinclair Lane school’s two league losses were by a total of 10 points.