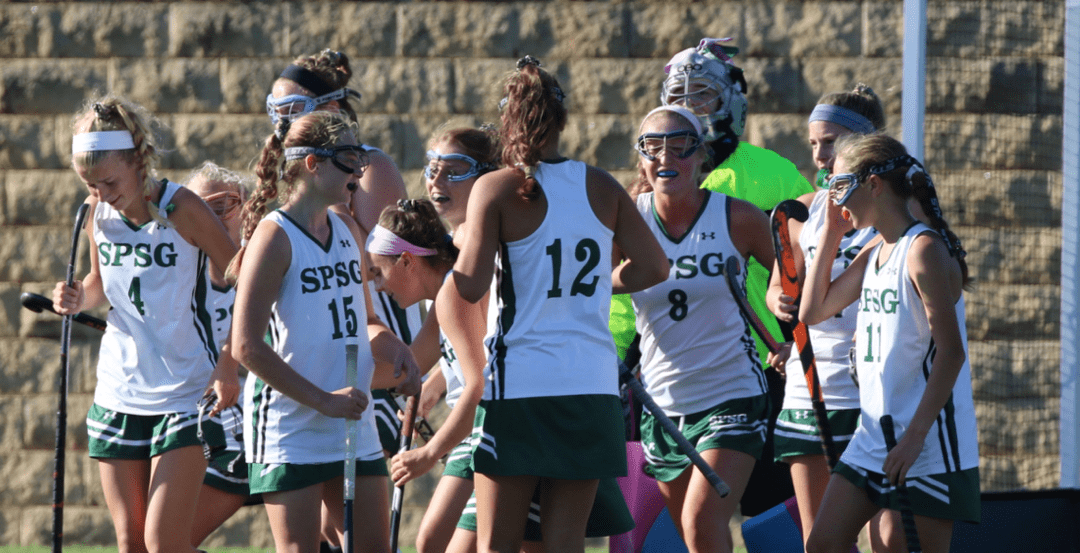 Jones and Eber lead the way for the Gators 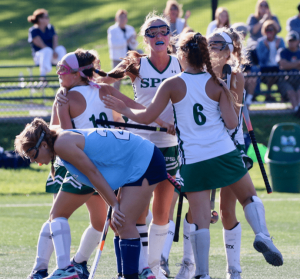 St. Paul’s celebrates the game-winning goal netted by Kelsey Jones (#10, left). Leighton Eber (center) had the assist on the game winner and two in the game.

St. Paul’s School for Girls welcomed No. 18 Mount de Sales to Brooklandville, Thursday afternoon, for the 2017 field hockey opener for both schools.

In a thrilling contest, decided in late in the second half, the host Gators pulled out a 3-2 victory to get the early jump on the Sailors in IAAM B Conference league play.

SPSG’s Kelsey Jones, who transferred from Catonsville this summer, scored two goals, including the game-winner, and junior captain Leighton Eber had a pair of assists. The pair also combined to produce the game-winning score, as Eber fed Jones with just two minutes to play, breaking a 2-2 tie.

Caroline Pearce also scored in the victory for the Gators.