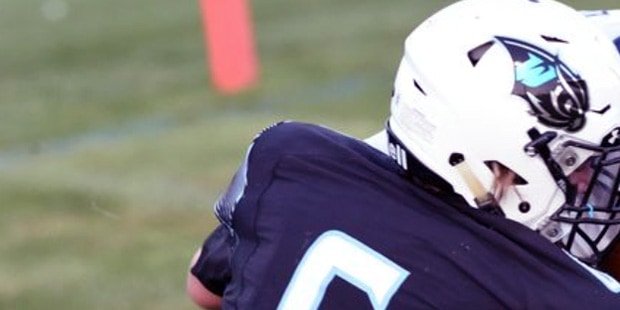 Century, South Carroll and Westminster are victorious under the Friday Night Lights

Friday Night Lights is usually a term reserved for the fall when high school football is often the highlight of the first evening of a weekend. In the interesting times we find ourselves in, however, local fans of high school football are happy to see the lights shining in early March for the Boys of Fall.

With Baltimore County postponing its first weekend of play and the other jurisdictions planning to play football in the spring opting for a later start, Carroll County had the stage all to itself on Friday with three contests, all played at Western Regional Park. Here are the highlights:

Tommy Nelson staked Liberty to a 6-0 lead with a 3-yard third quarter touchdown run, but Westminster’s Erick Stranko sandwiched two short fourth quarter to TD rushes (3 and 2 yards) around an 8-yard scoring run by Christian Heck to rally the Owls.

South Carroll washed away some of the bad taste of last year’s 1-8 campaign with an impressive 21-3 opening win over Winters Mill.

The Falcons jumped out to an early 3-0 lead on a 26-yard field goal by Braxtyn Koch, son of Baltimore Ravens punter Sam Koch, but South Carroll responded immediately, as the Cavaliers’ Antonio Bradford returned the ensuing kickoff 75-yards for a touchdown and a 7-3 lead.

Bradford wasn’t done making big plays. In the third quarter he came up with an interception that set South Carroll up with a first-and-goal at the Winters Mill seven, leading to an eventual 4-yard touchdown run by Tommy Jaeger to up SC’s lead to 14-3.

Senior Nick Malone clinched the win when he recovered a fumble in the end zone, in the fourth quarter for his first career touchdown.

In a game with little offensive production, Century got a huge early boost from its special teams as senior Dereik Crosby returned the game’s opening kickoff 86-yards for a touchdown and his Knights went on to post a 12-0 victory over Manchester Valley.

Manchester Valley nearly countered on its first possession, driving to the Century one before being stopped on downs.

With the Century defense dominating from there, the Knights got the winning cushion in the fourth quarter on a 38-yard touchdown run by junior Erik Harrell.

Francis Scott Key, the lone Carroll County squad which did not play this weekend, will face Winters Mill next Friday in its opener. Westminster will face South Carroll and Century will battle Liberty.