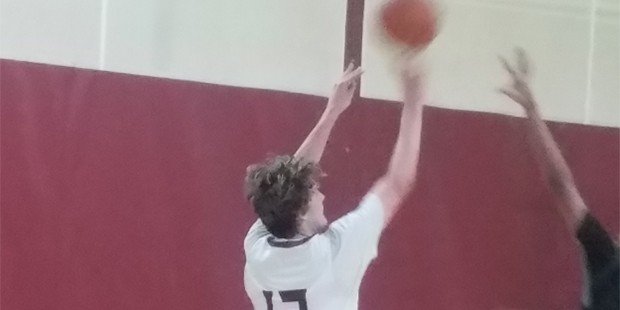 The Lakers will host St. Frances on Thursday with a spot in the league finals at stake

Cameron Spencer poured in a career high 39 points, Tuesday evening, to lead No. 7 Boys’ Latin to 64-53 victory over Glenelg Couny School, in Roland Park, as the Lakers advanced to the semifinals in the MIAA A Conference playoffs. 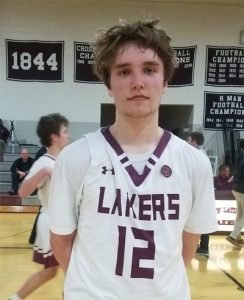 Senior Cam Spencer scored a career-high 39 points to send Boys’ Latin to its 30th win over the year and a spot in the MIAA A semifinals.

The victory was the 30th win of the season for Boys’ Latin, an all-time school record.

The visiting Dragons got off to a hot start when junior Noah Charles hit three quick 3’s in the first four minutes of play. Glenelg Country held a 19-15 lead at the end of the first stanza, on the strength of a 15 point first quarter performance from Charles.

The Lakers switched from a zone defense to man, and came back to gain a 32-30 lead at the half.

The second half belonged to Spencer. The talented senior threw in 12 points in the third quarter, and nine more in the fourth. The sharp-shooting senior, who will play at Loyola University in Maryland next year, single-handedly outscored the Dragons in the fourth quarter, 9-8.

The Lakers stepped up on defense in the fourth, limiting the Dragons to 23 second half points.
Coach Cliff Rees was pleased.

”We played tough in the fourth quarter, and made it hard for them to score,” said Rees. “The kids dug in, and worked very hard on defense tonight.”

“We started off in the zone and that didn’t work out too well,” said Spencer. “We weren’t communicating well, but when we picked up in man, our communication was better. Our help side was a lot better, and our defense as a unit was much better.”

The humble Spencer, who is trying to fill some of void created by the season-ending knee injury to his senior running mate Cam Watts, said he didn’t care about individual points.

“I just want to win. It was a team effort tonight. It wasn’t a personal thing. It was just a great team effort.”

Rees said that he wasn’t surprised about Spencer’s offensive prowess.

“When it’s a big game, and when we need a big time performance, that’s when he is at his best. We’ve got to have him playing at his best to get where we want to be.”

Spencer now has 1,284 points in his illustrious career at Boys’ Latin. And, he figures to need another big game if the Lakers are going to knock off St. Frances in the league semifinals for a second consecutive year. Not only to St. Frances drop 104 on AACS on Tuesday, the Panthers routed BL, 80-63, on Feb. 4th.

Charles led the Dragons with 22 points. Chase Parr had 16 and Igor Yoka-Bratasz added 11.